Cells to be sold as Holloway closes 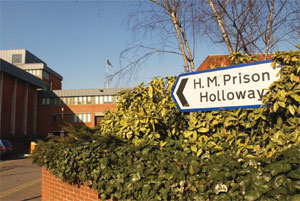 Holloway is close to being sold by the government for a potential £2 billion housing development.

It is the largest women’s prison in Europe and has housed suffragettes, celebrities and female serial killers since it was opened in 1852.

Now, the property consultancy, Bilfinger GVA, has won the contract to advise on the sale of the prison to create more housing in London as part of a £1.3 billion overhaul of the Prison Service.

The site covers 10 acres and could fetch about £200 million plus development costs, with enough space for up to 5,000 homes. Such a large site in Transport for London’s zone 2 of is rare and developers are likely to be desperate to snap it up. The government will benefit as it will bring its target of one million new homes by 2020 closer. Properties in the immediate surrounding area in north London sell for between £450,000 and £550,000, meaning the final value of the project could reach £2.5 billion.