Sign in or Sign up
The essential site for residential agents
Home » News » Agencies & People » All change! JLL says property offices will never be the same again
previous next
Agencies & People

All change! JLL says property offices will never be the same again

JLL set to move into the future with ‘an agile approach to the working day.’ 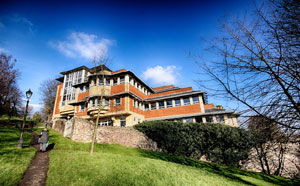 Work has started on a £6 million refurbishment project by the landlords, Hermes, who will extensively reconfigure and refurbish the 1990s building including new windows and atrium, and new services throughout. JLL has taken two floors within the building that will completely modernise the working practices of the company.

Jeremy Richards, head of JLL Bristol office, said, “We have advised numerous organisations on relocations and how to get the best out of their office space and this will be practising what we preach.

“Gone are the days that people are wedded to their desks. Research shows that employees are happier and more productive at work if they have a dynamic and collaborative environment and we want our new offices to enable this style of working and provide a variety of locations in which employees can carry out their jobs.

“Desks in our existing offices are only being used about 60 per cent of the time so it makes complete sense to reduce traditional desk numbers and invest in other areas instead. This is not a case of taking less accommodation, but providing more interesting spaces to allow a more agile approach to the working day.” 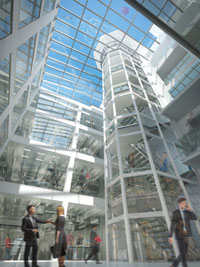 The new offices will feature at least four working zones including traditional desk space, client meeting rooms, a large café area opening on to a balcony overlooking the city and quiet zone including meeting rooms and pods that can be booked as required.

The design of the offices will also feature exposed ceilings and services similar to tech style spaces. This provides both greater natural light and a more collaborative feel to the space. There will be increased cycle parking, male and female showers, lockers and drying rooms to cater for those who want to walk, run or cycle to work.

Hermes has refurbished the building with a range of energy efficient features including intelligent air conditioning which will allow fan coils to be switched off when windows are opened which could provide energy savings of up to 20 per cent.

The overall result is going to be a striking design which will not only look good but will give employees a healthy interactive and pleasant working environment.

JLL offices have also been upgraded across the UK including Nottingham, Exeter, Glasgow and Leeds which have undergone similar investment.