We are experiencing a change from the norm of property ownership to the likelihood that private tenants will soon account for a quarter of the total housing market, but with this fundamental market shift we need a change in sentiment about the rented sector, landlords and the future of this tenure. 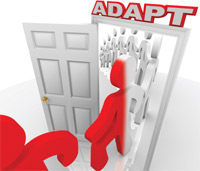 There was much speculation, when the new pension reforms were implemented in April, that there would be a boom in buy-to-let lending, as consumers pulled their funds out of traditional pension policies and invested in property. There was also supposition that the increasing number of both existing and new lenders to enter the buy-to-let market would result in greater competition, thus eroding margins and diluting credit quality. In other words, the assumption was that buy-to-let was en-route to becoming the next mortgage market bubble to burst. Was all this speculation simply hot air? Well only time will tell but in my opinion the prospects of a runaway market are overblown.

Firstly lenders have learnt their lesson and post credit crunch I doubt we’ll see them making the same mistakes again. Then legislative changes will also apply their influence such as MMR (Mortgage Market Review) and in 2016 the MCD (Mortgage Credit Directive) – yes, yet further EU rules! Buy-to-let lending – which accounts for around 14 per cent of gross mortgage advances – is specialised and a large percentage of cases require individual underwriting and scrutiny.

Times are changing; we must recognise that buy-to-let is a business and accept that landlords can make a profit from it!

So, rather than look at this as a developing bubble, I would wager that, at long last, proper acknowledgment should be shown to the importance of the Private Rented Sector (PRS) in the UK. New housing starts are still running 50 per cent below the levels required to keep up with demand and we need more rental property to house those who are unable to buy property of their own. The buy-to-let market is not a problem, it is a much needed solution. The number of households that need homes is only predicted to keep growing over the coming years. In 2021 it is forecast to reach 29.1m. A growing population, together with an increase in the number of one-person households, is putting pressure on housing stock.

However, new landlords entering the PRS market would benefit significantly from professional guidance. History tells us that periods of stability, like the one we are now in, are the exception rather than the rule. Rising interest rates are definitely a factor (amongst many others) to be considered when making investment decisions (the boom and bust in 1988 was followed by interest rate spikes as a result of the Black Wednesday in 1992). Such huge fluctuations seem unlikely today but better to be safe than sorry.

Being a landlord does not just involve buying a house and then sitting back and letting the cash role in. Most good advisors will tell investors and indeed most investors will attest – buy-to-let is for the long term. You do not make money quickly. It’s hard work and it involves a lot of effort. Good landlords will put their tenant first. They will be on call constantly and they will need to solve problems whenever one arises – the buck stops with them! And as for rent increases these are not made just for fun – this is one of the fundamental misconceptions about the PRS – whilst there are some areas of the UK where rents have risen to silly levels, for the most part landlords raise rents when they need to, not when they want to. Buy-to-let is a business and the whole point is to make money – nobody would expect a shop owner to not want to make a profit on the items he sells, nor an author to not make money from his books. But for some reason landlords in the PRS are expected to provide a service with no return or profit.

So as Bob Dylan summed up so well in 1964 though his anthem for a change of the time “The Times They Are a-Changin’” – it is time we recognise landlords as business people and accept they are allowed to make a profit from their business, providing they offer a good service. They do not need unnecessary regulation to protect them and they certainly do not need to be constantly lambasted in the press when they are just doing their jobs. 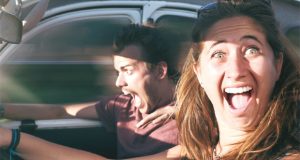 Foot’s off the gas… 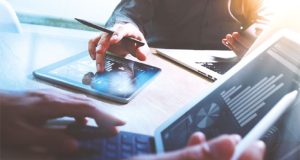 A question of economics