"An Englishman’s home is his castle… don’t go taking liberties with your marketing…” says Katrine Sporle, The Property Ombudsman.

The case that The Property Ombudsman (TPO) was asked to review concerned an agency using a picture of a property in their marketing material. The couple in question (the complainants) claimed that it was used by the agent without their permission.

The agency had produced a marketing brochure stating, “We urgently require similar properties.” which featured a picture of the complainants’ home, as well as two other properties.

The complainants said that as a result of the brochure, their right to privacy under Article 8 of the European Convention on Human Rights (ECHR) had been breached, as it led to unwanted visits and calls, amounting, they said, to harassment. 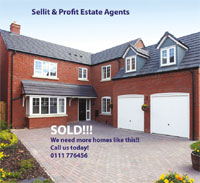 It was explained to the complainants that the Ombudsman does not decide if there has been a breach of legislation; only a court can make such a determination. Therefore TPO could not comment on whether the complainants’ rights under the ECHR had been breached. What the Ombudsman could, and would, do was to examine whether or not the agency had met its obligations under the TPO Code of Practice.

This was an unusual case. TPO has received complaints from sellers, upset that their property photographs have been used after completion by the agent to promote their own business. In such cases TPO will consider if permission has been given for this type of advertising; it is expected that the seller in such a case will have been specifically asked if they agree to their marketing photographs used in this way and, if no consent has been obtained, TPO will uphold the complaint.

In this case, although the brochure did not state that the property was for sale, it did imply that the agent was selling or had previously marketed and sold the property.

In accordance with Paragraph 1e of the Code of Practice, the agent was required to provide a service consistent with fairness, integrity and best practice. Taking this into consideration, the Ombudsman was very clear that the agent’s actions did not constitute best practice. It was not acceptable that a photograph of the complainants’ property had been used in this manner.

The complainants said that, after having seen the brochure, people visited the property and enquired as to whether it was for sale. In addition, they received unwanted telephone calls, some of which they said were threatening and abusive, from people angry when they discovered that there was no possibility of purchasing the property.

The agent’s view was that it was legal to use a photograph of a property in this way, saying that they were simply advising residents that they had sold properties of this type in the area. They did not consider that they had breached any laws surrounding privacy.

The Ombudsman supported the complaint. Best practice indicates that photographs should only be used with the specific consent of the property owner, following a sale of the property by the agent concerned.

The Ombudsman was persuaded that the agent could have foreseen that people might have assumed the property was on the market for sale as a result of the brochure. However, the brochure did not include the complainants’ telephone number and it was not considered foreseeable that any potential buyer would contact the owners and make threatening phone calls.

On being contacted by the Ombudsman’s office, the agent rightly agreed not to distribute any further copies of the brochure.

The Ombudsman was satisfied that the complainants’ had been caused avoidable aggravation as a result of the agent’s actions. They would not have received any telephone calls regarding the sale of the property had the brochure not been produced and distributed by the agent. A compensatory award was deemed appropriate.

Accordingly, an award of £250 was made in compensation to reflect the avoidable aggravation, distress and inconvenience caused by an agent’s actions. This was in full and final settlement of this dispute.