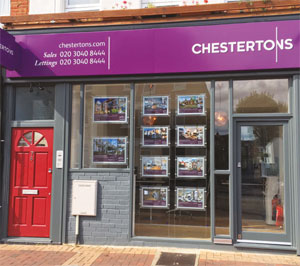 Chestertons has opened a new office in West Putney, bringing its number of offices in South West London to 14 and the total network across London to 33.

Amy Reynolds, Area Director, leads the new sales and lettings office, which will complement the company’s existing nearby offices in Barnes, East Sheen and East Putney.

To celebrate the opening, Chestertons is offering one lucky homeowner the chance to sell their property with zero per cent commission. Anyone who arranges a market appraisal before 11th August will be entered into a draw and the winner will be announced on 12th August.

Amy says, “Having worked within our South West London region for a number of years, it became apparent that there was an opportunity to bridge the gap between our neighbouring offices. West Putney is a village in its own right and therefore requires a separate dedicated sales and lettings team.

“I’ve been both delighted and encouraged by the positive feedback we’ve already received from residents and local businesses, and we’re all looking forward to bringing our global reach and expertise to the area.

“West Putney is a sought after location offering a rural and village environment with beautiful period properties and garden flats. This section of the Thames is very scenic and many buyers and renters want to live here to be close to the river.”

In addition to Barnes, East Sheen and East Putney, nearby offices also include Fulham, Parsons Green, Battersea and Wandsworth.