The property industry has a new, potential disrupter, nudging into its circle of trust, which could be wonderful, but, Andrea Kirkby asks, how many organisations do we really need? 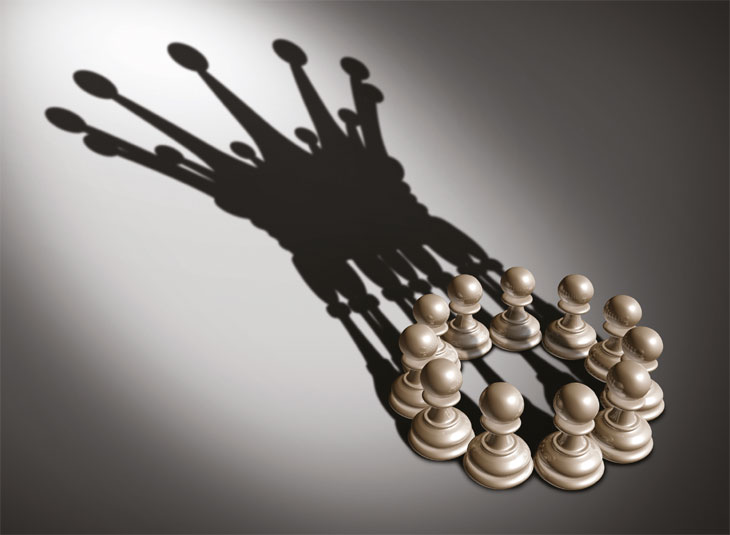 News that a new trade association for independent estates, CIELA, is to go ahead may be welcome to the much put-upon small high street agent, but it also raises the question of how many different trade bodies a single industry needs.

We already have a complex mix of RICS, NAEA and ARLA, plus AIPP. Then there’s the broader international level of FIABCI (of which both NAEA and RICS are members) and Propertymark (formerly known as NFoPP – more about that later.)

Each body charges subscriptions (ranging from £230 per individual member at NAEA and ARLA to £624 for RICS, and up to £1650 business membership for larger firms in AIPP), and each body also comes with a separate set of requirements for continuous professional development, and separate codes to sign up to. It is enough to confuse any agent – let alone the public.

Many agents promote NAEA membership to the public as a means of differentiating themselves. But Peter Maskell, director at Brock Taylor, says it doesn’t work all that well. “Our book-keeper has been working for us for a few years,” he says, “and she asked me today what NAEA meant. We really want a differentiator when we’re going out to win business – if it was more of a badge of honour, that would help.”

Glenn Hammond, MD of House Revolution, agrees. In his experience, very few members of the public know about NAEA, though more recognise ARLA, but it’s the property Ombudsman they’re most likely to be aware of. He believes the industry is too diffuse. “We would be better off with one brand. Too many brands weaken what’s being done, and confuse the customer.”

Buying agent Henry Pryor agrees that the Property Ombudsman scheme is more relevant to consumers; perhaps agents who want to win business should be stressing the availability of redress through that scheme, rather than the benefits of NAEA. “Estate agency is still seen as the Wild West,” he says, “and the sheriff isn’t wearing a RICS or NFoPP badge.” Unfortunately, though the law requires agents to sign up, the Ombudsman can only provide redress, as Henry says, “He can only shut the door once the horse has bolted.”

Founder and CEO of Emoov, Russell Quirk, also says, “The Property Ombudsman does a damn fine job in my opinion,” but laments that “he needs legislative teeth to ban estate agents from working in the sector if individual standards fall short.”

So if the NAEA in particular wants to promote itself to consumers as the guarantee of quality service, it’s not working. There’s simply too much noise in the marketplace for the signal to get through – which suggests CIELA can only make things more confusing.

However, very recently (9th February) NAEA’s umbrella organisation, NFoPP, announced a rebrand – with the intention to “raise awareness about standards within the industry.” NFoPP – the jaunty abbreviation for National Federation of Property Professionals – has now been consigned to the archives of Names-That- Are-Hard-To-Say. We now have Propertymark, which is easier to say if not strikingly contemporary.

Propertymark is to be added to the trade names of ARLA, NAEA and NAVA, to demonstrate that members of have the stamp of approval. Mark Hayward, NAEA.

At the launch, Mark Hayward, Managing Director, NAEA, said that, “Propertymark is to be added to the trade names of NAEA, ARLA and NAVA, to demonstrate that members of those industry bodies have the stamp of approval.”

“Agents who qualify to be in the scheme and display the ‘propertymark protected’ logo in their branch window must sign up to a range of regulatory, financial and insurance standards, the three organisations say.

“This will include participation in a branded client money protection scheme, having properly and regularly trained staff regularly updated on legislative change and best practice, adhering to a code of practice, submitting independently audited accounts each year, being a member of a redress scheme and holding professional indemnity insurance.”

This new body seems to intend to build an awareness of the organisation as a property buying/selling/renting organisation akin to ABTA or IATA, which many of us rely upon to keep our expenditure on holidays and travel safe if disaster strikes – in the form of guaranteeing to get you home etc.

Whether this level of security will be available to customers of propertymark agencies remains to be seen.

Neil Young, CEO, Get Living London says that he is delighted to see ARLA’s rebrand to ARLA Propertymark.

Propertymark can only help to strengthen consumers’ confidence that, as professional landlords, members have their best interest at heart. Neil Young, Get Living London.

“As the first Institutional Investor backed organisation to become an ARLA Licensed Member, we welcome their re-focused approach on consumer protection and raising the profile of professional standards to a consumer audience.

“With the rental market firmly embedded within the government’s housing agenda this week, this announcement can only help to strengthen consumers’ confidence that, as professional landlords, members have their best interest at heart.” And the trade bodies are clearly doing a good job in the provision of training. Peter Maskell has built NAEA training into his firm’s staff development policy; “Our staff need to pass the technical award to get to senior level,” he says, “so that is an assurance of professionalism and competence. Using their courses is a real benefit to us. And we get a discount. It’s the most important benefit we get from our membership.” In a sector with diverse entry routes and increasing regulation, that’s something worth having, and on an industry level, it helps to propagate common standards.

Our staff need to pass the NAEA technical award to get to senior level, so this is an assurance of their professionalism and competence. Peter Maskell, Brock Taylor.

Even Henry Pryor, one of the greatest critics of the trade bodies, admits that “all the associations have very valuable and credible training.”

However, he’s critical of the fact that there’s still no licencing scheme for agents. Indeed, as he sees it, the idea of a compulsory scheme “was torpedoed by the trade bodies’ petty-minded squabbling”. While the trade bodies are seen as providing good training, they’re criticised for not policing the standards they espouse. Glenn Hammond says, “We’re members of ARLA and they do a fair job, but if they’re not policing the standards properly, then the standards are worthless.” The difficulty, however, is that even if NAEA expels members, they can continue in business without the NAEA imprimatur.

If you look at the housebuilding sector you’ll quickly see how much the Home Builders’ Federation is involved in lobbying – and how much it appears to be listened to by the government. It’s involved both on major strategy issues and on detailed issues such as zero carbon and sustainability standards. RICS, too, is a potent lobbying force. By comparison, NAEA and ARLA seem underpowered. Peter Maskell believes NAEA should have made sure its voice was clearly heard in debates on raising stamp duty. “If NAEA really came out fighting,” he says, “it would help immensely with public recognition.”

Unfortunately, as Henry Pryor notes, the estate agency sector seems not to have got its act together. “On changes to tenancy fees, where was the warning? Where were our lobbyists?”

Probably the biggest criticism of the trade bodies is that their purpose is not clear. It’s difficult to be both the representative of members’ interests and a guardian of the consumer. Henry Pryor describes NAEA as “a tragic organisation, completely muddled” and trying to do too many things at the same time – for instance trying to run its own portal with Property Live (“They might as well have just opened the window and thrown the money out in the street”). He says the organisation “couldn’t decide if it was there for consumers or for its members”, and as a result is not doing its best at either job. “Consumers “may think RICS and NAEA are organisations that set standards.” he warns, “but they’re just membership organisations, like the Puffin Club.”

It hasn’t even always been clear just which agents NAEA is representing. Peter Maskell would like to see more clarity about NAEA’s functions. He admits bypassing NAEA branch functions in favour of networking through the Guild of Property Professionals and Relocation Agent Network; perhaps because only one agent is accepted from each area, he says, “I get more ideas from the meetings, as we’re not competing, so agents are more forthcoming.” From his point of view, NAEA is trying to do too much.

That suggests what the industry needs might not be a new trade association so much as some serious thought about the purpose of those we have already. Glenn Hammond says “We need an overhaul of what exists already, not a new association.”

CIELA aims to provide a voice for the owner-managed business, alleging that the existing trade bodies are dominated by the corporates. It’s possible that CIELA could avoid the scope creep that seems to affect other trade bodies, and provide a useful and relevant voice for the smaller agent, if it avoids trying to become a one stop portal, trade association and consumer guardian, and keeps its focus clear.

But having another trade association could also exacerbate some of the problems we already have. If consumers are already bemused by the variety of bodies in the sector, a new trade association is unlikely to increase brand recognition. And if, as many think, our trade bodies are somewhat underpowered as lobbyists and publicity machines, spreading the resource even thinner is not going to improve matters.

There is another potential way forward, though. Henry Pryor says “The industry spends £13m a year on various redress, restraint, membership, and anti-money-laundering schemes, but we’re not getting value for money.” He believes that the various bodies involved are simply not talking enough to each other. For instance, he points out that it would be easy for the Property Ombudsman to check agents’ Anti-Money-Laundering compliance, and that NAEA could pick up on Ombudsman cases to ensure standards are policed and improved. That could help organisations focus on what they do best, and avoid wasting resources. Glenn Hammond, too, thinks that co-operation between trade bodies and regulators could be improved. “What’s the point of a trade association that doesn’t talk to the Ombudsman about complaints?” he asks.

What’s clear from talking to agents is that even those who are pretty sceptical regard the training provided by the industry bodies as a key strength both for their firms and for the sector, while the jury’s out on their public profile. Many agents – research for this article suggests possibly a majority – also feel their needs would be better served by a single, stronger trade association which would be more clearly visible to the public. So while CIELA has a good reason to exist, perhaps the effort put into founding it would be better focused on improving NAEA, instead.