Closing the door on anti-competitive agreements

“Restricting where and how estate and lettings agents can advertise their fees could be breaking the law,” says the CMA. 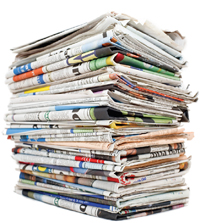 The Competition and Markets Authority (CMA) recently fined an association of estate and lettings agents, three of its members and a newspaper publisher over £735,000 for breaking competition law. Here, the CMA sets out what other agents can learn from the case.

What happened in this case?

In 2004, a group of estate and lettings agents formed a trade association (Three Counties) to collectively negotiate lower advertising rates with the local newspaper, the Star Courier. The Star Courier agreed to a special rate for all Three Counties members, while non-members still had to pay the higher rates.

“We are prepared to take action against companies, big and small, that fall foul of the rules.”

This agreement was not problematic, but Three Counties’ members also decided to restrict the contents of each other’s advertisements – which was a problem. In particular, they included a rule that members should not be allowed to place advertisements in the Star Courier mentioning their fees, commission rates, special offers or discounts. The aim of this was to stop agents publicly undercutting each other, which they were concerned could drive fees down, as is demonstrated by this comment from one Three Counties member in November 2005:

‘Wouldn’t it be easier to make the rule no reference to fees or charges? I think these guys will just take the route – “we are cheaper than the rest” which will encourage undercutting even more than putting their low fees in!’

A fledgling estate agency exposed the agreement in 2013 when its strategy of trying to win new business through offering lower fees was frustrated by the Star Courier refusing to accept its advertisement. Following the CMA’s investigation, the companies admitted breaking competition law and the CMA imposed total fines of over £735,000.

Why was their behaviour illegal?

Ann Pope, CMA Acting Executive Director, Enforcement explains: “Advertising prices, in many industries, is an important way for businesses to compete with one another and attract new customers. An agreement that restricts a company’s ability to advertise their prices makes it harder for consumers to find the best offer available. This can reduce price competition between competing agents and contribute to keeping estate and lettings agents’ fees artificially high. It can also make it harder for new businesses to enter the market.

“The CMA’s mission is to promote competition for the benefit of consumers. We are here to make sure that consumers and businesses are not losing out through companies engaging in anti-competitive practices, and we are prepared to take action against companies, big or small, that fall foul of the rules.”

The Competition Act 1998 is the key piece of legislation governing competition law in the UK. It prohibits companies from entering into agreements or other practices that restrict or distort competition between them. Breaking competition law can have severe consequences: companies can be fined up to 10 per cent of their global turnover, directors can be banned from running a company and, in the most serious cases involving certain cartel arrangements, individuals may be guilty of a criminal offence and could go to prison.

Competition law covers explicit agreements between businesses as well as looser understandings and collaborations, written or spoken. This means that companies need to be particularly careful when collaborating with competitors, for example, within a trade association. In addition, the rules of an association can themselves break the law if they restrict competition between its members.

What this means for the property industry

Ann highlights some important lessons to learn from this case:

“Estate and lettings agents should know that competition law applies to their industry in the same way as for any other sector. Following a number of complaints about similar conduct, the CMA is monitoring the industry and considering whether to take further action.

“It is important that agents review how they work so that they don’t risk making anti-competitive agreements. Agents often have contact with one another, and whilst trade associations can offer many legitimate benefits, it can be challenging to prevent conversations from straying into ‘prohibited’ areas, such as future fee levels or expansion strategies. The CMA encourages companies to take steps to create a ‘compliance culture’, and has published a range of materials to help businesses to assess whether they might be at risk of breaking competition law.”

The CMA has published specific guidance on this case, including an open letter and case study, which can be found at bit.ly/CMA-AgentsFees.

Further information on the investigation can be found on the CMA’s case page at www.gov.uk/cma.