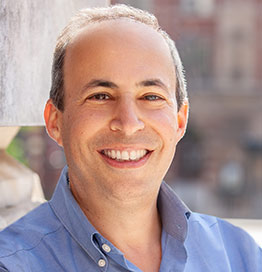 In over 25 years in the financial services industry, Dan has led innovation and growth at a series of privately owned and listed businesses in the UK and internationally.

As CEO of Coadjute, he is leading the roll-out of the world’s first open blockchain network for the property market, with the aim of enabling quicker, simpler and more secure property transactions.

Dan joined Coadjute from NatWest Plc where he was Director of Innovation for Home Buying & Ownership, responsible for leading the digital transformation of the mortgage business.

Prior to NatWest, Dan led the growth and sale of two FinTech businesses as Managing Director at PayPoint plc:  PaybyPhone, the world’s favourite parking payment app operating in North America, Europe and Australia, and Pay360, a pan-European provider of online payment services.   He was also CEO of mPOS device provider, Miura Systems.

Dan’s previous roles included Global Innovations Director for Barclaycard, European VP of Strategy for Capital One, and CEO (Europe) for WhatIf Innovation.  Dan has also held non-executive roles including at business payments FinTech, Modulr, and on the global Product Innovation Advisory Board at Roche, one of the world’s largest biotechnology firms.

Over the years, Dan has won over a dozen industry awards and has been instrumental in a range of financial services innovations including an early off-set mortgage, the roll-out of contactless cards, the UK’s first point-of-sale rewards programme, the UK’s first contactless payments phone, and one of the first apps launched on the Apple watch.  He is a popular conference speaker and podcast contributor, and has appeared on TV and radio.

Dan gained a BSc in Physics from Imperial College, where he was sponsored by the Ministry of Defence.   Married with 3 children and based in Somerset, UK, his interests include family, space, cars and art, although rarely at the same time.

Blockchain: What it is, what it isn’t and what it means for the property market