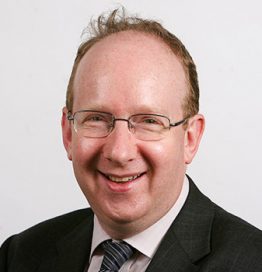 Lord Daniel Finkelstein OBE is a columnist and Associate Editor of The Times, responsible for the digital edition. He is also a member of the House of Lords and an advisor to the Conservative Party.

Danny began his career as Chair of the Young Social Democrats, a group of whom went on to join the Conservatives. After serving as director of a Westminster think tank focusing on social policy, he became a political advisor to John Major and then William Hague, and was awarded an OBE. He has since aligned himself to modernisers like Cameron and Gove.

Following a brief spell in data communications, Danny joined The Times, started their blog and worked his way up to the leader columns. He also writes a highly regarded and very distinctive statistics-based football review, and pens regular columns for The Jewish Chronicle.

As a prominent commentator, Danny’s talks provide a sharp and entertaining insight into the political scene. He originally likened the Coalition to American college fraternities: “The more humiliating, the more people wanted to join.”

A vision of 2020 – The economic, social and political landscape

Panel debate – Evolution of the estate and letting agency model