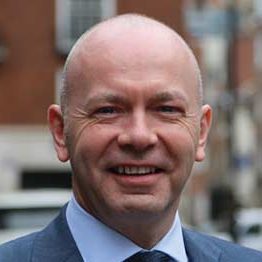 CEO of The Guild of Property Professionals

Iain McKenzie is the CEO of The Guild of Property Professionals and is responsible for the direction and management of the brand plus offering support to the network of approximately 800 Guild Members.

Iain has 30 years’ agency experience starting within the industry at the tender age of 17 on a youth training scheme in Devon. He quickly progressed through the ranks and at the age of 26 became a Regional Manager.

Three years later, he set up an independent estate agency called Complete Property Services and became a Member of The Guild of Property Professionals. This was his first encounter with The Guild, and he was extremely impressed with the services that were offered. In 2011, he joined a large corporate as Managing Director, which grew year-on-year to a business of 100 branches.

In March 2017, Iain was appointed in his current role as the CEO of The Guild.

His vision is for The Guild to be the leading voice of the industry to consumers. This includes representing independent agents, so they maintain and sustain their independent status while giving them the benefits of belonging to a nationwide organisation.