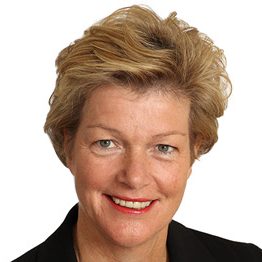 Lucy joined central London estate agency, W.A.Ellis, from Savills in 1990, and after setting up the lettings department, became a partner of the firm in 1994. Lucy was promoted to managing partner in 2007 and senior partner in 2011. She is well known for growing the most successful independent lettings business in the capital but also for her lobbies to improve the standards of the estate agency industry, working with Baroness Hayter on the Property Standards Board and advocating the regulation of lettings agents.

Lucy joined the ARLA council in 1990 and is past president of the Association. She made some key changes during her tenure and was instrumental in establishing the ARLA licensing scheme which now has over 6,000 members. In 2010, Lucy won the Negotiator Awards, Agency Leader of the year. In 2011 she was presented with the ‘Outstanding Contribution’ to the Lettings agency at The Times and The Sunday Times Lettings Agency of the Year Awards and 2014 saw Lucy admitted as a Fellow to the Royal Institution of Chartered Surveyors.

In 2014 W.A. Ellis merged with JLL and Lucy was promoted to run the residential agency business which she has expanded over the last 5 years and achieved growth in all the agency offices.