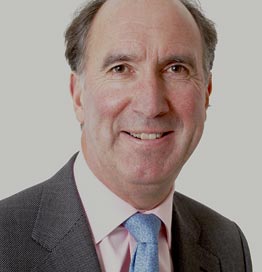 Michael Stoop FRICS, FNAEA, MARLA, started his Estate Agency career with Winkworth in their Knightsbridge office in September 1976 as a junior negotiator. By 1979 Michael was appointed Manager of the Winkworth Fulham office and when the company converted to a franchise model, he became the first franchisee within the group, purchasing the Fulham office in 1982, opening a second branch in Chiswick in 1984.

Michael Stoop became Managing Director of Winkworth with a network of 48 franchised offices. Michael left the Winkworth group in April 1992 and joined the Legal & General Group in September 1992 where he was instrumental in setting up Legal & General Franchising Ltd. L&G sold its franchise network to Martin & Co PLC on October 31st 2014 and Michael became their Group Managing Director on completion of the transaction and retired from the group on 5th August 2016.

Michael now holds various NED roles including Chairman of Belvoir Group Plc, and Chair of the TPO Industry Forum as well as the Chair for the industry charity, Agents Giving.