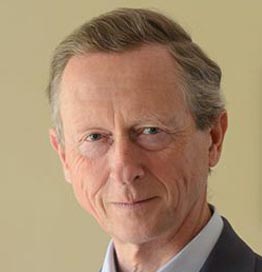 Nicholas Leeming was the joint founder of Propertyfinder, the UK’s first national property portal, which brought many of the leading agents onto the internet. A qualified Chartered Surveyor, Nicholas was a practising agent for over 15 years, having been a partner in one of the national firms of estate agents.

Nicholas oversaw the development of Propertyfinder into one of the country’s best known property portals before it was merged into the Asserta Group. The combined businesses were then sold to News International and the REA Group (Australia) before subsequently being acquired by Zoopla in 2009 where Nicholas became the Major Accounts Director.

Having regularly been interviewed on television with the BBC News and more recently described by a leading trade journalist as “one of the most respected people in the industry” Nick left Zoopla in 2012 to build a portfolio of board level appointments which has included non executive directorships at Spark Energy and Belvoir Lettings PLC.

Nick is now a consultant to Lettingweb Ltd, Chairman of Jackson-Stops and Bamboo Auctions as well as an active investor in a number of Proptech businesses.

Recognised with the 2008 Estate Agency of the Year award for Achievement and a judge at industry awards, Nick’s roles have involved growing a range of property related service  businesses from start up to early stage investment and subsequent exit, so giving him a unique insight into the property industry.