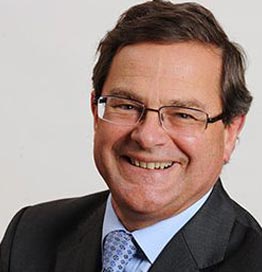 Peter Bolton King (FRICS FNAEA FIRMP) is the Global Director of Professionalism and Ethics at the Royal Institution of Chartered Surveyors (RICS), who he joined in April 2012

Peter started work in 1973 with a leading firm in the UK. After qualifying as a Chartered Surveyor, he became the firm’s youngest ever partner.

In 2003 Peter was appointed Group Chief Executive of the National Federation of Property Professionals in the UK, a post he held for 10 years before RICS.

Peter currently holds a number of UK and Global Industry appointments on behalf of RICS. He is also a ‘Senior Visiting Fellow” at a UK University.

He continues to influence Governments in the UK and globally for better standards in the industry and is Vice Chair of the International Ethics Standards Coalition.

A large part of Peter’s current workload involves leading a project which is looking to understand the non-technical risks to the reputation of RICS professionals. He is also part of the RICS’ Regulation of Property Agents (RoPA) team.

Regulation and Professionalism in agency