2015 was another “stunning year” for the Connells Group, says Chief Executive David Livesey 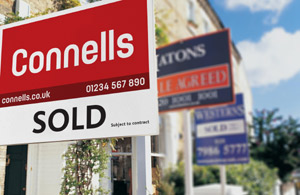 The Connells Group is on course for what could be a record year in 2016 after seeing pre-tax profits increase sharply last year.

The company, which this year celebrates its 80th anniversary and operates almost 550 branches nationwide, said all parts of the business “delivered a strong performance” last year.

Connells posted pre-tax profits of £62.5 million for the year ended 31 December 2015, up 19 per cent year-on-year and an increase of 72 per cent over the last three years. But it is currently not known what the revenue figures for the year was as the Group did not disclose the data.

David Livesey (left), Chief Executive at Connells, described 2015 as “another stunning year” for the Group, with all parts of the business delivering “a strong performance”.

He commented, “The housing market has not been without its challenges, characterised by lack of stock, so to end the year with strong profits and having sold more properties than 2014 and 2013 is a tremendous achievement.

“We remain at the forefront of our profession and to maintain this position we made further significant investments into the business in 2015.”

Last year, the company ploughed £25 million into branch refurbishments, acquisitions, developing their business further and building their talent pool for the future in an effort to increase market share.

“Looking forward, we are optimistic for 2016,” added Livesey. “We entered the year with a substantially increased pipeline, and with a stronger housing market, more buyer and rental demand and a Government that is supportive to house building and home ownership, we are well poised for a record year.”

Despite the impressive results posted by Connells, there remains plenty room for improvements, according to Stephen Shipperley (right), Group Executive Chairman of Connells Group.

He commented, “The plan is to get better at what we do and to continue to expand the business. Whilst we are very proud of our heritage and our success, there is still so much more that we could be doing.

“Whilst it is generally recognised that our results are pretty exceptional, I have to say that there are parts of our business that could and should be doing much better. There is lots of inward focus, as there always has been, to find ways to do things better, improve our customer service, and improve our results.”

Commenting on the news, Ross Bowen, Managing Director at Connells Survey & Valuation said, “With rising transaction levels, Connells is acutely aware of the need to maintain superior service quality and tight risk management control and is advanced in providing surety of customer outcomes in an increasingly competitive mortgage market.”

Alan Cleary, Precise Mortgages Managing Director, added, “Making robust lending decisions and being quick to respond to market changes is vital to us as we continue to grow our business and achieve outstanding service improvements for our customers and introducers.  Connells has proven it is the stand-out supplier for delivering sustained quality panel management and we are delighted to be pioneering a next generation service solution together.” 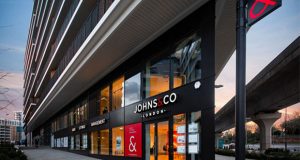 Estate agency’s big post-lockdown ‘thank you’ to its staff