Connells has reported a 12% year-on-year increase in sales for its Midlands new homes division (pictured, right) which, the company says, marks a return to confidence within the region following June’s Brexit vote. 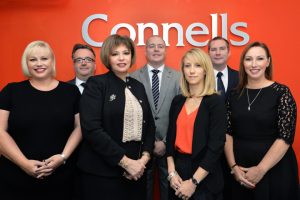 Its Land and News Homes team racked up a “staggering” 210 new homes sales between July and September this year. It’s an achievement which, says Regional New Homes Director Donna Smith, has been helped by a “pro-housing government, record low interest rates and competitive mortgage products”.

“New homes sales are currently flying across the Midlands and we’re not experiencing any hesitancy from customers in the wake of the referendum decision.

“In fact, we’re seeing quite the opposite and with continued lack of supply, new homes continue to perform well and remain much in demand.”

Developments which have helped the team deliver such strong results include sites in central Birmingham, Oldbury in the West Midlands and Lichfield in Staffordshire.

Also, recent figures from NHBC confirm a national post-Brexit bounce for new homes. Its figures show that the number of newbuilds registered to be built in the UK during August reached 12,500, an increase of 20% compared to the same month last year.

These results are a vindication for Connells’ relatively bullish position just after the Brexit vote, when chief executive David Plumtree (pictured, left) came out fighting, asserting that the “market is still strong” and that people “shouldn’t put their home moving plans on hold”.

Connells most recent financial results from February, prior to the Brexit vote, revealed pre-tax profits of £62.5 million, up 19% year-on-year.