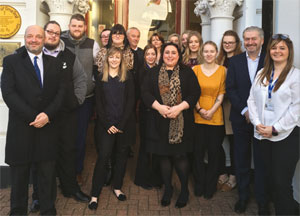 As one of the UK’s largest agencies employing over 7,000 staff, Connells Group was proud to be supporting National Apprenticeship Week.

Connells Group had an active role in this annual initiative, raising the profile of its apprentices and celebrating both the important role they play in the business, as well as its successful Apprenticeship Scheme which equips people of all ages with the skills that they need to prosper in the property industry. 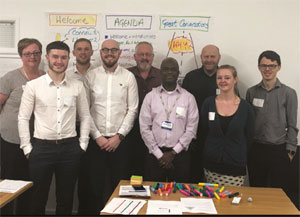 Since its launch in January 2013, the Connells Group Apprenticeship Scheme has given 250 young people aged 16 to 23 years the opportunity to ‘earn while they learn’ and develop vital skills across a multitude of professional disciplines.

Ian Dobrin, Connells Group Recruitment Director says, “National Apprenticeship Week is an opportunity for us to recognise the positive impact that apprenticeships have on employees, as well as the wider business. Our Apprenticeship Scheme has been a great success for young people wanting to kick-start their career, current employees wanting to progress and for us as an employer. Our apprentices are given all the coaching they need to be the future of the business.”

Time for a change at Crabtree