The Property Ombudsman, Rebecca Marsh reviews the case of an agent who failed to weed out some very dodgy tenants. 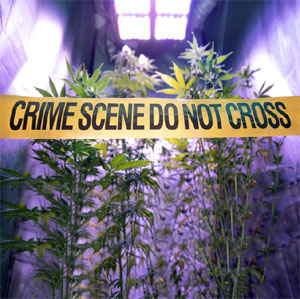 A case that The Property Ombudsman (TPO) was asked to review came from a landlord concerned over the agent’s referencing of tenants and their failure to report criminal activity.

The landlord said that the agent failed to make her aware that the referencing company’s acceptance of the tenants was conditional based on them providing proof of address. This was not obtained by the agent and had she known about the tenants’ lack of proof of address she said she would not have agreed to the tenancy.

The landlord also stated that the tenants were not thoroughly verified as the passports provided were fake and their work references belonged to a fake company.

The police raided the property to find extensive damage and 100 cannabis plants.

Further into the tenancy, the landlord said that the agent did not inform the police of suspicious activity following reports from the neighbour that the property had been turned into a cannabis factory.

The tenancy commenced and all was well for a few weeks until suspicions started to arise among neighbours who called the agent to suggest that drugs might be involved. The agent made contact with the tenants to arrange a visit, but the tenants failed to attend, and the agent did not hold a set of management keys. Later the police raided the property to find extensive damage and over 100 cannabis plants.

The agent accepted some failures in their service. Firstly, that they should have followed the guidance from the referencing reports to obtain proof of addresses. They made a goodwill offer of £600.

Secondly, as they were instructed to manage the property as well as find the tenants, they acknowledged that they should have had a set of keys cut for management purposes in order to gain access. They made a further goodwill offer of £150.

Lastly, another £150 was offered for lack of communication and advice after the police entered the property.

The 2019 edition of the TPO Code of Practice was considered. The particular focus was on following paragraphs:

10a – agents must be diligent in identifying fraudulent applications.

10b – agents must take references on a prospective tenant or guarantor appropriate to the circumstances of the application and in line with arrangements agreed with their client.

10d – where the current existing address of the prospective tenant or guarantor is not evidenced via the Electoral Roll, such an address must, wherever practical, be verified by the prospective tenant or guarantor providing the agent with a utility bill or bank statement, or Building Society passbook or Council Tax account or driving licence or similar.

10g – agents must provide the landlord with all relevant facts (subject to data protection restrictions) relating to the application to enable the landlord to make an informed decision.

14i – agents must communicate promptly to the landlord and tenant on any important issues or obligations relating to the use and occupation of the property, including significant breaches of the tenancy agreement that they become aware of.

Whilst the Ombudsman was pleased that the agent acknowledged their failure to obtain proof of address, she was critical that they did not follow the referencing provider’s advisory note to do so. Furthermore, they did not inform the landlord that the tenants’ addresses had not been verified.

A slight anomaly was noted in the address of the work reference provided in relation to that listed on Companies House, but it was clear that the company existed and was not fake as claimed by the landlord. The photographs provided of both tenants’ passports were also looked at and there was nothing obvious to cause the agent to question the authenticity.

It was not denied that the neighbour informed the agent of his suspicions that the tenants were creating a cannabis factory, but this was not relayed to the landlord. In addition, although they made contact with the tenants to arrange an inspection two days after the neighbour’s report, they did not hold keys so could not investigate.

The Ombudsman would have expected the agent to promptly inform the landlord of the allegation of criminal activity and act.

The Ombudsman was satisfied that the agent could not have identified the fake passports and were entitled to rely on the referencing provider’s verification of the tenants’ employment details. However, many shortcomings were established during the review process.

The agent’s failure to make any further attempts to investigate the report from the neighbour after the unsuccessful inspection and their failure to have informed the landlord meant that opportunities to have discovered the tenants’ misuse of the property before the police raided were missed. In light of this, coupled with the agent’s failures to verify the tenants’ addresses or provide the landlord with all relevant facts about the tenants’ application, the Ombudsman supported this complaint.

An award of £2,000 was made for the aggravation, distress and inconvenience caused to the landlord.