Beware of the professional fraudsters who could wreck your business, says Michael Portman 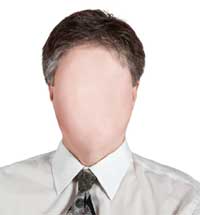 As demand for rental property continues to rise, so does the incidence of fraudulent tenants, costing landlords and agents thousands in lost rental income and legal fees. It is a growing and serious problem.

Identity fraud has increased in recent years, in part due to the economic conditions, making it harder for people to gain access to credit in their own name. Some fraudulent applicants are persistent offenders and move from property to property, giving false referees or bogus addresses, with no intention of paying the rent, often within the same town.

These ‘professional’ fraudsters know how to circumvent bad credit data and ensure that references provided on their behalf appear genuine in their authenticity. They often give false information on where they have been living to throw referencing companies and letting agents off the trail. They are difficult to evict as they often know their way round the legal system.

Indeed, new research reveals that some towns and cities in the UK are much more at risk from identity fraud than others. A recent report shows that Slough has overtaken London to become the identity fraud centre of the UK. The Berkshire town recorded 25 identity fraud attempts for every 10,000 households, with residents targeted at around four times the UK national average (seven in every 10,000). Additionally residents of London, Gravesend, Birmingham, Luton, Manchester and Leicester were also targeted at twice the national average rate.

Angela Omahony, Lettings Director at Campsie which has four offices, including one in Slough, says that they are particularly diligent in checking that passports, bank statements, visas and other proof of identification match the applicant to avoiding fraud.

One recent fraud case that hit a letting agent near Manchester started with a call from police to say they had found a set of keys belonging to the agent during a raid on another property, ten miles away. During that raid, police discovered a large number of high-value items, including iPads and iPhones, apparently all bought with stolen credit and debit cards and awaiting export to be sold abroad.

The keys were returned to the agent, who identified them as belonging to the flat he had let. The tenant asked the agent for another set of keys, claiming to have lost the first. But when told by the agents that the police wished to speak to him, he fled and has not been seen since. In the block of flats, the tenant had stolen the identities of three of the six occupants. The police believe this was part of a widespread fraud where the tenant generally stays for one or two nights, leaving after accomplishing their true purpose.

Landlords and agents can protect themselves from identity fraud by carrying out thorough tenant reference checks. They can also pick up a lot of information about the applicant when showing  them the property. What kind of car does he drive? Does the story they relay to one negotiator match the story told to another?

The more information collected on the tenancy application the better; should the tenant subsequently abscond or leave owing money, this can be used to give vital tracing information. In addition, should the applicant make false statements, this document provides evidence for eviction.

Applicants who are reluctant to produce their identity documents represent a higher risk to the agent’s obligations for customer due diligence under the Money Laundering Regulations.

As well as providing references from previous landlords and current employers, applicants should be asked to provide additional proof, for example copies of payslips or sight of bank statements. It is important not to take everything at face value. Don’t believe anything that you are told and/or what is on the application.

LetRisks provides a referencing service that includes a Potential for Fraud Indicator and, if there are any doubts, agents can talk through applications with account management staff. However good the referencing agency is, teamwork is important with the agent in checking the paperwork with the applicant face to face.

Don’t cut corners on due diligence or get distracted by applicants pushing for a speedy move, however big the deal is. By applying pressure to both agents and their referencing companies, they hopethat fraud indicators are missed. 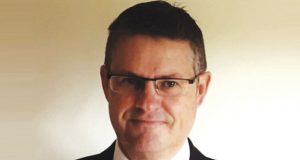 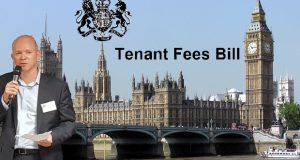 What happens after the tenant fees ban? 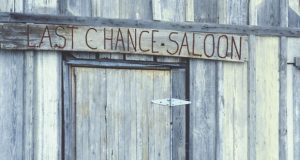 Not the last chance saloon!