The curious story of the dog and the licence…

In the curious story of the dog and the licence, the agent was the one in the doghouse, says Katrine Sporle, The Property Ombudsman.

This case study concerns a dispute referred to The Property Ombudsman (TPO) scheme from potential buyers. The complaint that the Ombudsman was asked to examine concerned the buyers being misled by the agent regarding a licence for them to keep a dog at the property. The property in question was a flat in a new development and the seller was the developer. 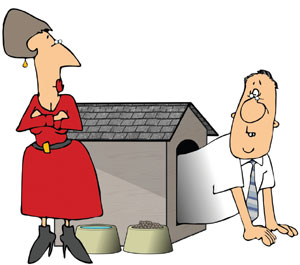 The buyers under the impression that the seller agreed to their request to keep a pet. This was not the case.

The buyers were dismayed by this and decided to withdraw from the transaction, explaining that they could not buy a property without a firm assurance that the family dog could live with them. The seller refunded £1,500 of the reservation fee leaving £500 outstanding.

Under Paragraph 7i of the TPO Code of Practice, the agent was obligated to act in accordance with the Consumer Protection from Unfair Trading Regulations 2008 (CPRs), ensuring that all information about a property is disclosed, that the information is accurate, not misleading and that there are no omissions.

In reviewing this complaint, the Ombudsman noted the following:

It was considered that the buyers had been misadvised. They were given the impression that the seller had agreed to their request to keep a pet but this was not in fact the case. The seller was not prepared to confirm that agreement but had said that the request would be considered after completion.

The Ombudsman supported this complaint, being persuaded that there was a link between the inaccurate information given by the agent and the buyer’s decision to purchase the property and pay the reservation fee.

It was considered that the circumstances merited an award to reflect the financial loss caused to the buyers.

Since the agent was aware of the importance of the dog licence to the buyers, it was also considered that it would be fair and reasonable for them to compensate the buyers for their financial loss, which in this case was £1,040, comprising the buyers’ legal fees of £540 and the part of the reservation fee that had not been refunded.

Plug in to the app revolution