Anyone wondering what former health secretary Matt Hancock has been doing in his spare time since returning to the back benches now has an answer.

Hancock, who is MP for West Suffolk, has been playing cricket for the House of Lords and Commons Cricket team in a match sponsored by estate agency Linley & Simpson.

Also participating as a wicket keeper was the now former chairman of Hunters, MP for Thirsk & Malton Kevin Hollinrake.

The fund-raising match was staged to celebrate the 40th anniversary of the iconic 1981 Headingley test match when England pulled off one of sport’s greatest-ever upsets in defeating Australia, thanks to the performances of Lord Botham and the late Bob Willis. 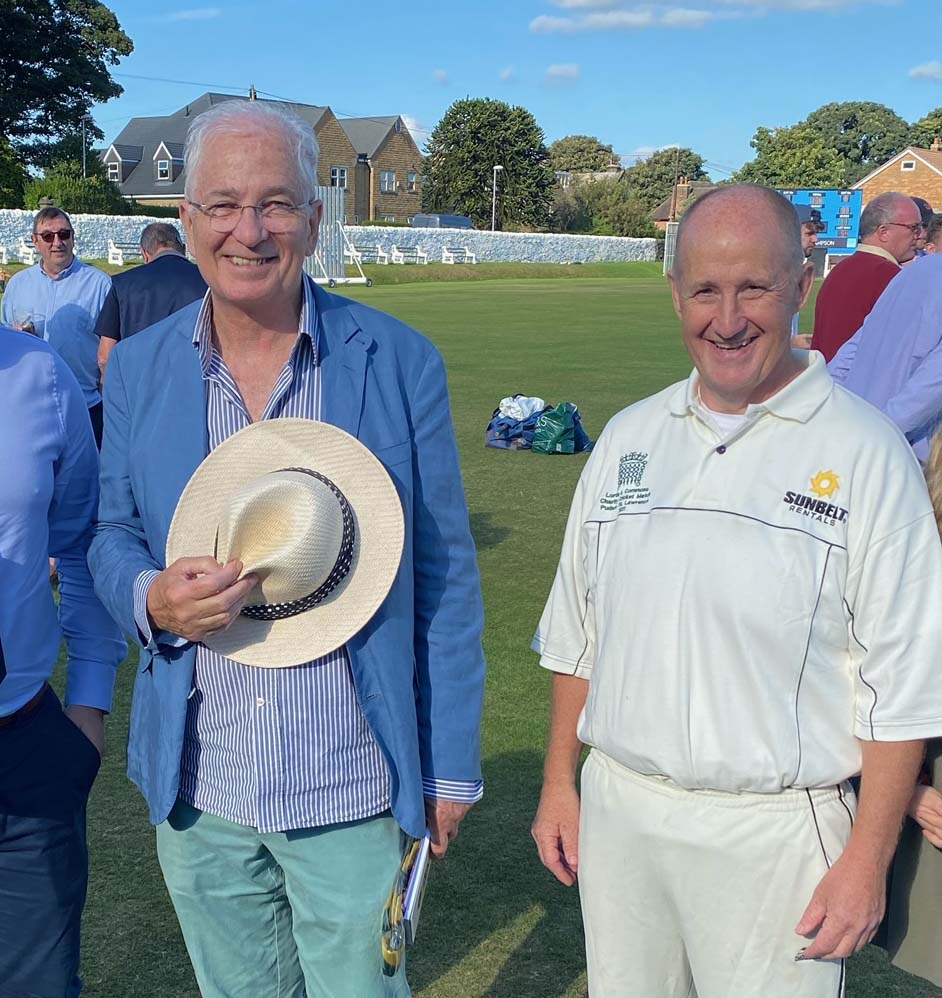 Botham was joined at the Lord Taverner’s charity even by fellow 1981 squad members David Gower (pictured with Hollinrake) and Mike Gatting.

Our mole at the event says Matt Hancock cut a ‘fascinating figure’ and that he was in demand for selfies among locals but also captained the MPs’ team.

All the money raised on the day supported various good causes, including Lord Botham’s Beefy Foundation, the Lord’s Taverners Charity; and the Yorkshire Brain Tumour Charity.

Nick Simpson, CEO of Linley & Simpson (pictured), said: “Both Hunters and ourselves have strong Yorkshire roots and have known each other since we both opened our doors in the county in the 1990s, so it is fitting that Kevin took the award.

“Our Pudsey branches are High Street neighbours in the market town but never did we think at the start of the day that we would be standing next to each other at the end of it at the presentation.

“We were thrilled to be part of such a great community event, which was free to attend and included a blind cricket demonstration, ladies softball cricket, and a host of other fun activities designed to attract more people into the sport.”

Housing minister resigns ‘after recent events give me no choice’