Sign in or Sign up
The essential site for residential agents
Home » News » Land & New Homes » Development land sales picking up after lockdown, but pipeline has slowed
previous next
Land & New Homes

Activity picking up, with regional variations, and land values have remained robust but payment terms have lengthened. 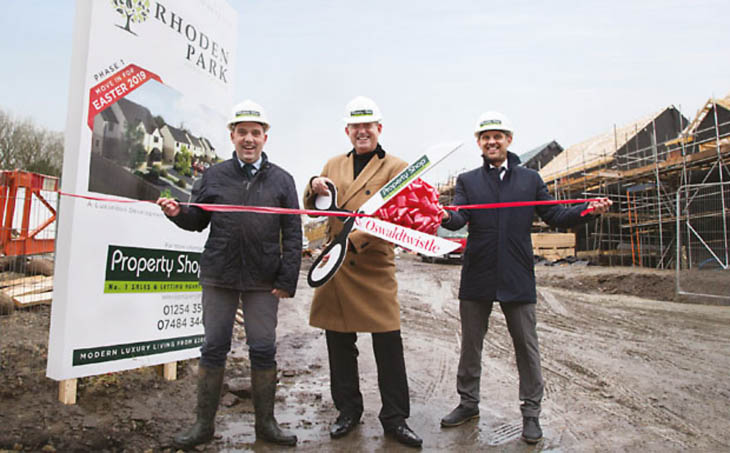 The COVID-19 lockdown has slowed transactions of development land significantly – but as lockdown measures ease and staff return to work from furlough, activity is increasing.

Confidence is rising as sales rates bounce back strongly with the easing of restrictions on the housing market, according to the latest report from Savills.

But there is a risk that this is partly pent-up demand and that sales rates will fall back if unemployment rises in the autumn, as predicted.

The report, Residential Development Land Q2 2020 – which was researched before the cut in stamp duty – shows a net balance of 29% of development teams reporting new sites coming onto the market. This marks a dramatic change from the -75% net balance in April.

The pipeline slowed during lockdown, with fewer new sites coming to market than normal. Land deals have typically continued to progress, but at slower rates, and bid deadlines have been extended.

Savills says many new sites are being soft marketed to test the appetite from the market and some have been launched now to avoid competition with other sites later in the year. There is some regional variation, with parts of the West continuing to see land traded regularly.

Land values have remained relatively robust but payment terms are commonly being lengthened.

Despite less transactional evidence for land values this quarter, the report says the evidence indicates that land values have remained stable, with UK greenfield and urban land values falling slightly by 1.1% and 0.2% at a national level, reflecting the uncertainty in the housing market resulting from Covid-19.

While for many regions land values remain at previous levels, in the West and South-East regions greenfield land values have fallen by -1.6% and -1.8% respectively, where price reductions have been accepted on the deals completed during the quarter. 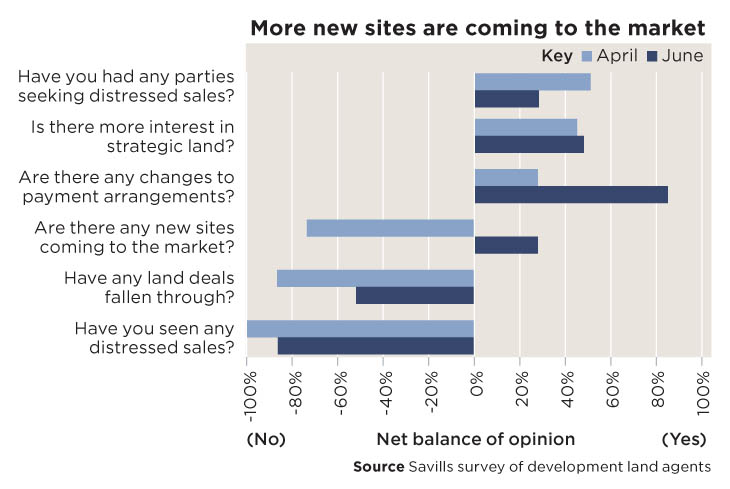 There has been a greater emphasis on payment terms, with a net balance of 88% of agents reporting changes to payment arrangements in June, up from 29% in April.

“Across all regions, we have seen a focus on stretching out the phasing of deferred payments, commonly over an additional 12 months,” says the report.

Regional developers, housing associations and the major housebuilders all continue to be active in the land market but are adopting a mixed approach.

“Despite many housebuilders being constrained by lack of staff resource throughout lockdown, appetite for the right type of site hasn’t waned and many now have a greater workforce to look at new land opportunities,” the report adds.

“Some plc housebuilders are taking a more cautious view on the land market, focusing on their committed pipelines, whereas there are a few that are actively raising money for new land buying.”

It cites the case of Taylor Wimpey announcing in June a raise of £500mn to finance land acquisitions. The funding has been earmarked for land investment, with the housebuilder actively seeking short-term opportunities in the land market, according to Savills.