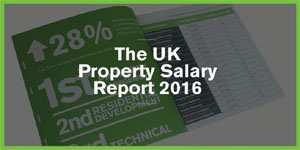 The new UK Property Salary Report is based on the analysis of Deverell Smith’s quantitative data from over 57,000 permanent, interim and contract applications and placements across the UK from Q1 2015 to Q1 2016.

Key points in the survey show that:

The full report can be found at www.thenegotiatorjobs.co.uk/careers/