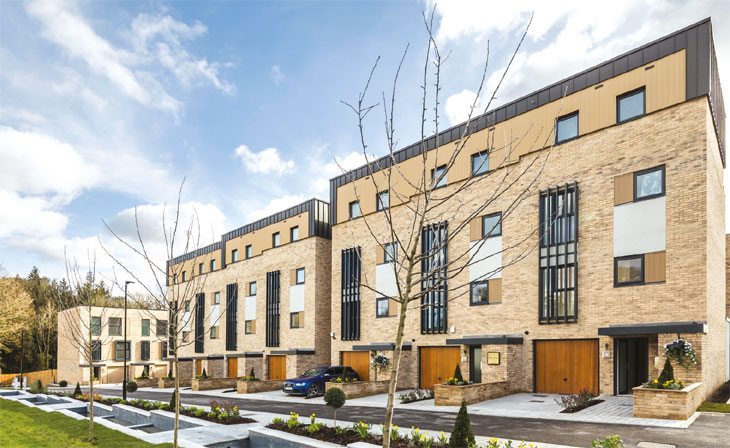 Step forward all James Bond fans… Weston Homes has launched digital tours at the Denham Film Studios with Reevo 360. The launch of the digital tours allows potential buyers to remotely view two of the townhouses during the COVID-19 pandemic.

The James Bond franchise, filmed and produced at Denham, is one of the most popular movie choices as anticipation grows ahead of the delayed release of the latest Bond film No Time to Die. Residents at the Denham Film Studios won’t struggle for movie inspiration – now others can virtually tour homes via the Reevo 360 platform. 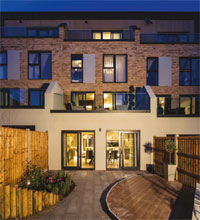 The development is set where movies directed by Alfred Hitchcock, Steven Spielberg and Stanley Kubrick were filmed. Now it is an outstanding £120 million Art Deco and movie inspired development providing 224 converted and newbuild homes – plus the restored Art Deco director’s cinema, where residents can view and stream movies.

The houses are on Stanley Kubrick Road within the secure development. The Lucas is unfurnished, offering customers a blank canvas, the The Lester is furnished to pay homage to the site’s glamorous past. Prices start from £680,000.

Jonathan Lewis, Sales Director at Weston Homes said, “As the Government issued stricter rules on social distancing, we wanted to provide customers with tours of Weston developments. The demand is still there so we adapted to this new norm whilst maintaining the safety of our staff and our buyers. Reevo 360 provided us with a platform, giving our customers a one-to-one digital tour of a piece of movie history.”