Sign in or Sign up
The essential site for residential agents
Home » Features » What’s happening in the digital advertising world this year?
previous next
Marketing

What’s happening in the digital advertising world this year? 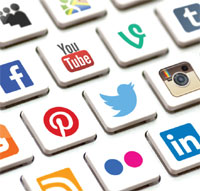 The number of social media users is increasing by nine per cent every year and spending on digital advertising is rising even faster. Social media spend grew 55 per cent last year from 2015, and it is likely to grow even more in 2017. With the digital world still changing constantly, here are few social media marketing trends you should look out for in 2017.

Artificial intelligence is now reaching a level where it is incorporated into many people’s daily lives. The rise of digital assistants, such as Siri, Cortana, and Google Assistant have got users accustomed to ‘zero user interface’, where people are talking to their phone over exercising their fingers. Investment in artificial intelligence (AI) is expected to triple in 2017 according to Forrester research, and it is even predicted by some that we will soon be interacting with chatbots face to face in street and not just on the computer.

2016 saw the rise of voice search and it is inevitable that this year, speech based interaction will become an integrated part of our lives. UK households began talking to Alexa to control thermostats and read traffic news and over the course of the next few months, the UK should expect to see the Google Home smart speaker and many other conversational interfaces enter the market.

Businesses may have to adapt their search engine optimisation strategy in 2017 to suit the shift in traditional keyword discovery towards voice search. The original search engine optimisation favoured short-tail language, but to compete for top rankings, marketers will have to cater to the more contextual, natural phrases that are employed through voice search. TOP TIP Have a think about exactly what you would say to a device to get the search you want, then optimise your website with those keywords. You’ll have a much better chance in search!

On a similar note, users are also increasingly searching for ‘mobile first content’, before using a PC or laptop; 40 per cent of YouTube’s traffic derives from. Companies and content creators should consider whether their website, emails, and landing pages are suitable and accessible for mobile devices, and that images, infographics and videos are perhaps more fitting content for mobiles.

Augmented Reality and Virtual Reality have started a demand for more informative and immersive content.

On the topic of mobiles, 2016 was the year that Pokémon Go became the most active mobile game ever, even overtaking Facebook as the most engaging app. Augmented reality (AR) and virtual reality (VR) have started a demand for more informative, imaginative and immersive content. We will only see this demand grow in 2017, as 360-degree videos and live-streaming have become the norm and are very much still in the infant stages.
TOP TIP Why not look to invest in a 360 camera in 2017 and show your potential customers exactly what they can expect from a property. It will also help them get to grips with the layout and feel of the home.

Alongside interactive content, expiring content is becoming more popular, playing on the exclusivity aspect as well as the excitement of only one chance to consume the content. Facebook, Instagram and WhatsApp have already ‘borrowed’ this infamous Snapchat feature so it may be that expiring content is the new way to break through the endless volumes on social media feeds.

Paid social media advertising will also be on the rise in 2017; it will be no surprise that Facebook is one of the top dogs in digital advertising, but this goes to show that social media advertising is at the forefront of the digital ad world. Total ad spending in 2016 was predicted to reach $1.19 billion, but 2018, Facebook alone is expected to top that number.
TOP TIP If you have a particularly sticking property that will not sell, set up a Facebook boosted post and target people within the local area with the interests of ‘buying a property’. You could even target local schools as an interest or large businesses nearby to capture the commuters.

2017 is set to be an exciting year for social media; we are only in the beginner phase of augmented reality, virtual reality and artificial intelligence, and it is assured that this year will bring us a new world of user experience.