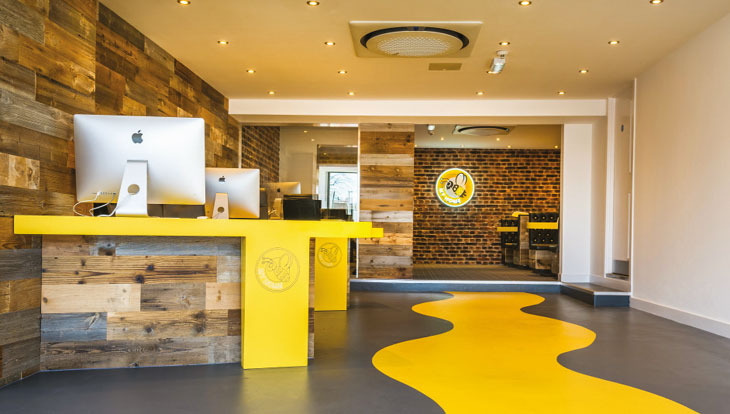 A North East independent estate agency celebrated its first year in business in County Durham and 5,000 followers on Facebook.

BeeMyHome marked the anniversary of its opening with a string of events, culminating in a celebration. Established in 2014 as an online-only lettings agency, four years on BeeMyHome has undergone an overwhelming transformation. From a striking rebrand to a revised marketing strategy, which uses innovative digital marketing tools to help its client’s properties stand out from the crowd, BeeMyHome quickly established itself as a forward-thinker in the property market.

“It’s amazing to see how far we have come in such a short space of time,” said Victoria Valentine, Director. “Securing our premises in Chester-le-Street was a huge milestone for the business and is something we are extremely proud of so we wanted to celebrate its anniversary in style.

“We couldn’t settle on just one idea on how to celebrate so instead, we held a number of smaller events, starting with a quirky ‘50 metre dachsh’ race between the staff’s three dachshunds which we filmed and uploaded to our Facebook page, and ending with a small party in the branch.

“Many people think of property searching and just think of the stress that comes with it. We wanted to turn that perception on its head and turn finding a new home into the enjoyable experience it should be.”