Nigel Lewis asks, was the Mortgage Market Review a step too far? 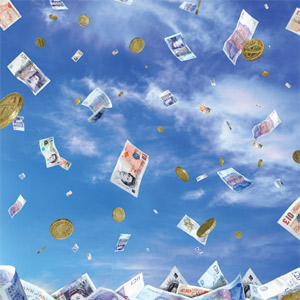 24th April 2014. A date which will be remembered as the day mortgage lending changed dramatically when, following five years of research and consultation, the Financial Conduct Authority (FCA) introduced new – and much more strict – lending rules.

Its Mortgage Market Review (MMR) hopes to prevent the kind of reckless lending that typified the mid-to-late noughties and helped create the financial crisis. The new rules require lenders to ask much more detailed questions about a borrower’s ability to repay their mortgage and the lender bears the responsibility for this process. It is also supposed to be democratic; the new rules apply to everyone applying for a mortgage regardless of the equity they hold in their property or their income.

An estimated 225,000 mortgage holders will be turned down for mortgages or be offered smaller ones.”

But now that new system’s had five months to bed down, have the review’s policies had their desired effect or has it gone too far? Some say its draconian rules are already restricting the buying process and frustrating the daily business of mortgage brokers.

The rules implemented following the MMR have, on first reading, serious implications for everyone involved in the property industry including buyers, investors, agents, lenders and brokers. The figures are worrying.  According to the FCA’s own research some £2.9billion will be lost from the economy during the first 12 months and an estimated 225,000 mortgage holders are to be turned down for home loans or be granted smaller ones.

Back in April it was thought this would reduce the levels of lending and first indications in August suggest this could be true. Figures published by the British Banking Association show that the number of new mortgages issued fell from 43,200 in June to 42,800 in July.

Evidence from brokers would seem to back this up too and for example Mike Abbott of broker Sable Wealth says he has seen the market, “really cooling in the last few months, with the number of loans starting to slow down”.

The Chief Executive of Leeds Building Society Peter Hill is more cautious and says he expects the new mortgage rules to affect just 2.5 per cent of borrowers though he does admit that figure could rise to 11 per cent if house prices start to “overheat” and buyers have to borrow more and more and the income multiple limitations kick in.

House prices are also due to feel the MMR effect, analysis by the FCA also reveals. Its research shows that, assuming house prices are due to rise on average over the next eight years by 34 per cent then the MMR is likely to peg that back to 23 per cent.

But the biggest problem the MMR creates is when loans are turned down. For example, existing borrowers who secured mortgages pre-2008 on high multiples and low deposits now need to buy a larger home or remortgage their This happened to one user who wrote online in June about how he had come out of his second five-year fixed deal and was looking to fix again with a loan to value at 72 per cent and an income multiple of twice his annual salary – but who was refused after failing the new affordability tests.

However, while more consumers are finding their property aspirations frustrated, for agents and brokers the greatest challenge the MMR creates is longer lead times and many are already reporting lengthening approvals although this is not so much because the checks are harder, but rather because many lenders were “shockingly ill prepared for the introduction of the MMR rules” says Tony Harris of specialist lender Contractor Financials.

“Our experience was that from April until July there was a dramatic effect on speed of application,” says Harris. “If a mortgage offer was typically being completed in three to four weeks before MMR the new norm is closer to six weeks.”

Harris says he had serious issues with several leading high street banks whose IT systems “collapsed” after the introduction of the MMR, and that although the initial shocks to the mortgage application process have been absorbed, it cannot be underestimated how much more detail lenders require of borrowers.

“For example, the concept of fast tracking borrowers who have solid backgrounds has come to a halt – everyone is now being scrutinised to a very high level of detail,” he says.

Harry Arnold of mortgage broker Anderson Harris says, “The MMR has greatly affected certain clients and their ability to get a mortgage. The emphasis on affordability is the major hurdle, especially when this stacks up against a client’s age. The maximum age high-street banks will lend to is 75, meaning that they want the mortgage paid off by that age. This can be a major problem for borrowers looking for a mortgage beyond 55.

“On the surface this would appear straightforward at just over two times income but because the lender needed the loan paid off within eight years it meant the monthly payments would have been too high from an affordability perspective. In the end we managed to secure funding with another lender but it was a complex process.”

Tony Harris of specialist lender Contractor Financials adds that, “For brokers it’s been very frustrating. Politicians are, as always, bringing in rules that deal with yesterday’s problems and with MMR one unintended result is that perfectly safe borrowers are being turned down which begs the question, has the MMR gone too far?”

The MMR was supposed to bring an end to the days of short-term fixed-rate ‘sweetener’ deals and interest-only loans, so are these types of mortgage starting to disappear? Geraldine Harman, MD of Gascoigne Halman Private Finance, says the uncertainty around interest rate rises in recent months means five-year fixed rate mortgage are now becoming more popular and that two-year fixes are less popular.

“But the MMR does seem to have killed off the interest-only mortgage, as we’re seeing this market contract very quickly,” she says.

Geraldine Harman, MD of Gascoigne Halman Private Finance, says in some circumstances her brokers have seen the decision process being delayed as banks, for example, quiz the borrower about where they are getting their deposit from.

“The questions that borrowers who are applying direct to lenders must now answer can be difficult to complete properly and it’s one more reason why loans are being turned down,” she says.

Lenders interpret the FCA guidelines in different ways, some laissez-faire, others very strict.”

“I think this situation is an opportunity for brokers. Borrowers who use Gascoigne Halman Private Finance, for example, are able to apply for a mortgage with much more confidence because we’ve done the paperwork for them and, also, we can help select the right lender.”

This last point is an important one. Lenders are interpreting the FCA’s guidelines on affordability in very different ways with some being very strict while others are more laissez faire and therefore good advice is essential when a buyer is selecting a lender.

And borrowing is not going to get easier. In June the Bank of England approved two new measures to be added to the MMR’s armoury of restrictions. These include limiting the number of mortgage based on 4.5 or more times a borrower’s income to 15 per cent of a lender’s total book, and that lenders will have to assess if a borrower would be able to afford a loan if interest rates rose by three percentage points.

The EU parliament recently passed a directive that must be adopted within member states by 2016 and includes some of the measures within the MMR, particularly guidance on lender responsibility and training.

Called the Mortgage Credit Directive it is designed to harmonise mortgage lending across the EU by setting standards of lending and increasing competition across the EU’s 28 states. But although the FCA has said it will work to implement the directive, Ray Boulger of broker Charcol has said that any cross-border lending that takes places after the directive is introduced will be ‘negligible’ and tries to solve a problem that in the UK is ‘non-existent’ – namely that we already have very healthy competition between lenders.

“This is because in the main lenders want to be able to securitise their loans. That means the products need to be structured in the way that allows the lender to price their repayment risk. Lenders that can innovate are those that hold the loans on their books – we call them organic lenders. We don’t have enough of those in the UK and those that we have can’t compete on price.”