It’s a brave step for the ‘disrupter’, but will it take off? 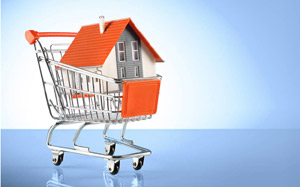 The property market is now full of online ‘disrupters’ claiming to be the next generation of estate agent but EasyProperty, backed by billionaire Stelios Haji-Ioannou, is taking its online battle to auctioneers too.

The company, whose website shares the same orange branding as its airline stablemate, has revealed that it is to start selling property through online-only auctions this Spring. Nigel Lewis met EasyProperty’s CEO Rob Ellice to hear about the plans.

“The technology will be ready to go in February and then we’ll start running up a book and get it in place and the first auctions will be this Spring,” says Rob (left).

“I think the success of Ebay suggests that in order to have an auction, it doesn’t have to be in a room so we’ll be taking on the existing auctions houses – who aren’t too happy. Many of them, who I’ve known for years, have come back to me and said ‘hang on, what are you doing’?”

Offering public online auctions that are easy to sell through and, he claims, much cheaper for both vendor and buyer, is a significant challenge to the traditional auction model.

At the moment most non-professional home sellers and buyers are put off by the risky nature of property auctions, or simply don’t understand how they work, and this is where EasyProperty says it hopes to disrupt the model.

The company hopes to achieve this by reducing the cost of holding auctions, eliminating the traditional buyer’s premium and charging a fixed price the vendor. Also, their auctions will be at fixed times, so those bidding will know exactly when a lot opens for bids.

“If you ask the larger management companies, larger landlords and repossession companies, they all want the security of a defined auction time, to have the property marketed to as many people as possible, but to keep the cost down,” says Rob. “So surely there’s no better option than to do it online?”

But Rob says EasyProperty’s real aim is to stage online auctions so simple and affordable for everyone that they will become as mainstream as estate agents.

Its system will eventually offer vendors and bidders online contract exchange as well as money transfer and he says they have a national network of viewings agents already in place who can show the properties or conducts open house days.

“The buyer will have to transfer all of the money within 48 hours of a successful auction,” says Rob. “Buyers will be vetted by us to get before they are given the code to access the auction, mainly so that we know that you are good for the money.”

Rob believes there is an appetite for individuals selling their homes via an online auction because, in the US and mainland Europe, auctions are a much bigger player in the house sale market. Here it’s a tiny slice of the market – just three per cent.