“Being the owner of an estate agency business is an ambition I finally fulfilled two years ago, but nobody had prepared me for how hard it is to get my staff to do things to my standards. Sometimes the team does a great job but on other occasions they come up short. Help!”

Managing people is harder than most new managers ever imagine, in particular how to get a consistently high level of performance from every member of the team. 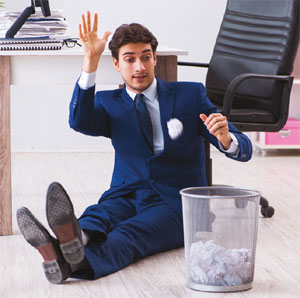 Managers can find it difficult to improve underperforming staff and quickly run out of energy before taking the culprits down an appropriate departure route whilst reactively seeking a replacement. However, a manager must think hard before embarking on such a course of action – giving up on an employee in such a fashion is irreversible and there is no guarantee that the new recruit will fare any better, particularly in the short term while they learn the job role and company culture.

Handling poor performance effectively falls into three key areas – spotting that there is a problem, understanding the reasons for that problem and attempting a remedy.

The first is relatively straightforward in an estate agency environment as there is a plethora of performance criteria to measure employees against. Should a member of staff fail to achieve targets in any areas then action must be taken. Lack of addressing underperformance is a common failing among weaker managers, allowing staff to perceive an unspoken acceptance of such a state of affairs.

The second stage of understanding the causes of underachievement is key to success.

There are usually good reasons why an employee is not performing well – often the most difficult part of the manager’s role in this area is to identify those reasons swiftly and accurately. It can help to have an awareness of the specific attitude the worker has to towards their job.

The first of these is displayed by the employee who constantly demonstrates standards of behaviour that meet or exceed the manager’s expectations.

If an employee is not performing well, the difficult part of the manager’s role is to identify the reason.

The second aforementioned attitude is typically observed in newer staff who have the desire to do well but lack the knowledge or skills to achieve excellence.

The third ‘can do/won’t do’ approach is a trickier one to handle as there is probably a lack of motivation at the root. The employee adopting this approach to their job may be finding the workload too easy or repetitive and therefore experiencing a lack of challenge and variety. They may feel neglected or detached from the team. There may be outside influences in their personal life affecting their concentration or energy levels. Whatever the cause, the manager must quickly identify it prior to taking action to address it. Likewise, the ‘can’t do/won’t do’ worker has to have some managerial support and time invested before a decision is taken to release them.

The underlying reasons for these last two types of behaviour may not reveal themselves immediately and discussions with the employee involved must be tactful and thorough. Establishing the reasons for the shortfall in results is not a question of apportioning blame, but rather a joint discussion including factual analysis.

The manager should also consider key questions to try to establish what has gone wrong. Was the task misunderstood? Was the task understood by the employee, but the objectives or targets inappropriately set? Was the failure to meet the objectives wholly down to circumstances within the person’s control? It is an important principle to grasp that poor performance can be a direct result of poor leadership, where a manager has failed to specify the results expected or the levels of skills and competence required.

The third and final stage of managing underperformance – attempting a remedy – involves deciding and agreeing the course of action required.

A necessary improvement in skills could be achieved by training courses or in-house coaching. Behavioural change is less straightforward as staff will often fail to change just because their manager tells them to! They must understand the benefits to themselves and the company of the suggested changes. Attitudinal change is the most tricky to secure, however improvements in performance as a result of behavioural change may engender a new way of thinking, particularly if combined with an increased investment of time on the manager’s part spent helping develop abilities, skills and knowledge through guidance and support.

As ever with effective management, to complete the third stage successfully requires monitoring and checking prior to revisiting stage one.

The manager may find it difficult for to find in an already busy schedule, but the pay off in terms of overall team performance will make it well worth it and will save huge amounts of time in the long run. 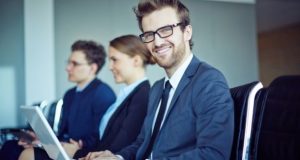 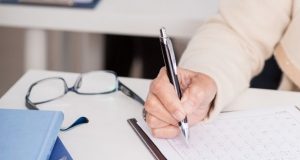