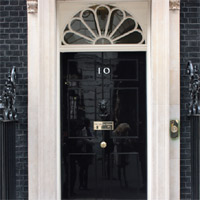 Home prices have increased twice as fast under a Conservative Government since 1970, at an average of 19 per cent per year compared to Labour’s 10 per cent per annum, the Nationwide House Price Index shows.

Home prices appreciated most under Tony Blair’s tenure, up 211.3 per cent, followed by that of Margaret Thatcher, with prices up 187.9 per cent during her time at Number 10. However, on an annualised basis, prices performed most strongly under Edward Heath when growth averaged 32.8 per cent, per annum, although high inflation rates contributed to the growth during his premiership.

Bookmakers have slashed the odds on Kevin Hollinrake, Managing Director and Co-Founder of Hunters Property Group, being elected MP for Thirsk & Malton after his nearest rival, and existing MP for the North Yorkshire, Anne McIntosh, the Conservative MP, who was deselected by her party last year, announced in March that she will not be seeking re-election as an independent on 7th May. Bookmaker’s odds on Mr Hollinrake winning the seat for Thirsk & Malton are now as short as 1/33.

Nicola Sturgeon has unveiled a £70 million fund to help families on low and moderate incomes in Scotland buy their first homes.

The First Minister said the money, to be spent during 2015-16 through the Open Market Shared Equity Scheme (OMSE), would have a “huge impact on people’s life chances”, with interest-free loans that are expected to lead to 1,700 new sales.

Sturgeon suggested the Government-funded loans could boost home ownership in Scotland and “help today’s generation of young people” move out of the rented sector and become property owners.

“This scheme will have a huge impact on people’s life chances and will help them make a move from living in the social rented sector, the private rented sector or residing in the family home,” she said.

Conservative plans to deliver 200,000 new homes for first time buyers has been warmly welcomed by the house building industry, but the Prime Minister is being urged to use a wide range of residential property developers, including small builders, to help deliver these properties if re-elected in May.

The Federation of Master Builders (FMB) has voiced its support for the ambition of the Starter Homes policy to improve options and affordability for first time buyers. The trade body fi rmly believes that this is a model which can be made to work, but only if it is delivered by a wide range of builders operating at different scales and that most of the Starter Homes built are additional to those that would otherwise be delivered.

Brian Berry, Chief Executive of the FMB, commented, “We are pleased to see the Conservative Party taking important steps to support smaller builders. We hope that focus will continue and that these policies will draw the support they deserve.”

SUPPORT FOR LABOUR AMONG BRITISH LANDLORDS IS LOW

Support for Labour among Britain’s landlords is at just 19 per cent, as the Election draws closer, while Labour leader Ed Miliband’s personal approval rating has crashed to just 16 per cent, according to a survey from Rentify, the online letting agent.

The survey of over 1,200 British landlords across all ages and locations shows that nearly half are planning to back the Tories, with 45 per cent pledging their support to David Cameron’s party – more than double Labour’s share.

“Labour has been hugely vocal on housing policy in the build-up to the election, but these results suggest they may have gone down the wrong path,” said Rentify Chief Executive George Spencer.

UKIP says brownfield developments should be prioritised for house building, with reduced VAT and new homes exempt from stamp duty when they are first sold.

“UKIP have underlined their position as the only main British political party which will categorically protect our green belt and green spaces,” said UKIP’s Housing Spokesman, Andrew Charalambous.

The Liberal Democrats have vowed to help first-time buyers get on the property ladder through a “rent-toown homes” scheme, if they are in Government after the election.

Under the plan, young people in England would make monthly payments equivalent to rent to build up a share in their home, without requiring a deposit, with occupants gaining full ownership of the property after 30 years.

“For working young people the dream of home ownership is increasingly out of reach,” said Nick Clegg, Leader of the Liberal Democrats.

political parties property in politics Election 2015 May 5, 2015
The Negotiator