An amendment to the Deregulation Bill which prevents so-called retaliatory evictions has been approved by the House of Lords. 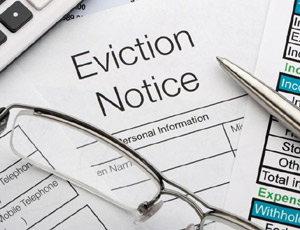 The House of Lords late last week approved a Government amendment to the Deregulation Bill which will bring an end to so-called ‘revenge evictions’ by private sector landlords tired of moaning tenants.

The new legislation will impose a ban on any landlord from serving a section 21 eviction notice on a tenant for a minimum period of six months if they make a complaint about the state of their property. The legislation has been criticised for imposing rules that can be exploited by bad tenants.

But the decision to approve the new regulation targeted at tackling the problem of retaliatory eviction has been slammed by the CLA, which represents landowners, farmers and other rural businesses, for being rushed through Parliament.

CLA President Henry Robinson (left) said, “We support action to prevent retaliatory evictions but this law will not stop bad landlords evicting tenants. It is much more likely to give tenants that are damaging the property or not paying their rent scope to delay eviction. As a result it will cause significant uncertainty for thousands of responsible landlords throughout rural communities.

“This is the definition of bad policy making. It imposes a poorly designed, burdensome new regulation as part of a law that is supposed to be about ‘deregulation.’ By forcing through this law, Ministers risk setting back significantly the opportunity for putting in place measures that will tackle the minority of bad landlords that we agree should be targeted with regulation.”
Shelter welcomed the amendment to the Deregulation Bill but warned of a time-honoured parliamentary race against the clock.

“The Government passed an amendment to the Deregulation Bill that would protect renters in England from revenge evictions – when someone is evicted simply for complaining about conditions in their home,” it said. “The bill will become law once it’s voted through by parliament – but with only several weeks left until parliament dissolves (on 30 March), the clock is ticking.”

Shelter noted that last year “a bill to end revenge evictions with cross-party support failed to pass because two MPs talked through the debate in parliament.”

The Tenancies Reform Bill, presented by Liberal Democrat MP Sarah Teather, with a view to halting ‘revenge evictions’, failed to secure a sufficient number of votes at the tail end of last year to pass in Parliament.

The Bill to protect tenants from retaliatory eviction failed after two Tory MPs, Philip Davies and Christopher Chope, ‘talked it out’ of the House of Commons.

Campbell Robb (left), Chief Executive of Shelter, commented, “We are thrilled that – after a bill with cross-party support was blocked last year – the government has taken a stand for England’s nine million renters today by proposing a change in the law to end revenge evictions…If this becomes law, hundreds of thousands of people will no longer face the appalling choice between living in a home that puts them or their children in danger, or risking eviction if they complain.

“The government now has one last chance to protect renters from revenge evictions once and for all. Politicians must continue to support this change and make sure it passes before the next election, so that revenge evictions will finally become a thing of the past.”