Two directors of an Essex lettings agency have narrowly escaped going to jail after the couple failed to lodge deposits totalling £42,794 for 73 rental properties with the approved government schemes.

George and Kim Overill, who ran two companies in the county – Oakpark Properties (UK) Ltd and Oakpark Asset Management Limited in Harwich – appeared in court yesterday where they pleaded guilty to two counts each of contravening professional diligence as directors and a further two counts of fraudulent trading.

In October last year the couple, who previously ran a roofing company before getting into lettings, faced 38 counts of fraud, engaging in unfair commercial practices and fraudulent trading.They originally denied all the charges.

The court heard from a former employee that money at the business was “tight” and that one member of staff had injected £6,000 of her own cash into the businesses to keep them afloat while Mrs Overill went on exotic holidays and extended the couple’s home in Thorpe-le-Stoken.

In mitigation, defence lawyer Stephen Dyble said the couple had not intended to commit fraud when they set the businesses up and that money owed to tenants had been paid back.

Alison Lambert, prosecuting, said the couple had “stuck their heads in the sand and were not dealing with problems”, reported the East Anglian Daily Times. 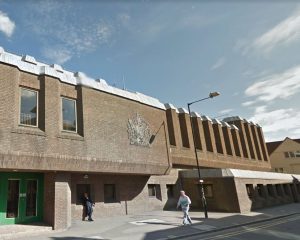 “They are there to protect them. Tenants might have had to save for them or borrow money to raise them. For those receiving them, they may seem like insignificant amounts, but for many they represent many months of hard saving and are a lot of money to those individuals.

“You as letting agents sit in a position of trust and responsibility to tenants and landlords, and you have breached that trust by your actions.”

The couple each received an 18 month sentence, suspended for two years, they must complete 180 hours of unpaid work and are disqualified from being directors for two years.

Their asset management company was expelled from The Property Ombudsman in November 2014 for two years.