Claim is made by European short-term rental website, which says French are the dominant nationality in the capital. 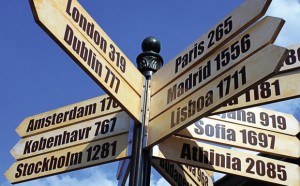 The number of Europeans looking for property to rent in London remains high despite the ongoing and so far inconclusive talks between the UK and the EU over the status of European living in the UK after Brexit.

Online short-term rentals site Spotahome.com, which specialises in longer rentals of more than 30 days, operates in 16 cities across Europe and claims to have 600,000 users and 10,000 landlords, says that only 11.9% of those booking properties through its website are from the UK, suggesting that London’s rental market remains dominated by non-UK tenants.

The French dominate the market, the website says, making up 22% of the European nationals who are looking for rentals in London followed in size by Spain, Germany and Italy.
Some 300,000 French nationals rent properties in the capital, which was recently referred to as France’s sixth largest city by President Emmanuel Macron.

Spotahome enables people to rent homes without having to conduct viewings by checking, photographing and videoing each property on its site.

“It is no surprise that the majority of the bookings on the site are from the UK’s European neighbours,” says Alejandro Artacho, CEO of Spotahome (pictured, left).

“London is and always will be a hub that appeals to people from all over the world.”

The research coincides with a campaign by Labour-backed organisation the3million (referring to the number of EU nationals living in the UK) last month which revealed many examples of properties being advertised to rent or sale either for UK citiziens only or offering different terms for EU nationals.

In a parliamentary response, equalities minister Nick Gibb said he was aware of the reports and would be looking into them.