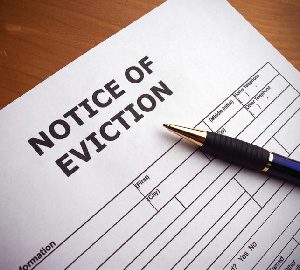 e average cost to a landlord of their tenant being advised to ignore an eviction notice stands at nearly £7,000, according to a recent survey of landlords across the UK.

Private tenants who become unable to pay their rent to a private landlord are often advised by local councils and agencies including Shelter to ignore the eviction notices that are served by their landlords – and to wait until evicted by bailiffs – in order to qualify as homeless and thus become eligible for rehousing.

The National Landlords Association’s (NLA) research reveals that the mean total cost of a tenant being advised to remain in a property is £6763. In addition, half (47 per cent) of tenants who have been served a section 21 eviction notice by their landlord say they have been told to ignore it by their local council or an advice agency such as Shelter or the Citizen’s Advice Bureau (CAB).

Richard Lambert, Chief Executive Officer at the NLA, said, “We have consistently campaigned on this issue, but despite many warnings to councils and agencies, this damaging advice is still being given out to tenants.

“Possession cases can take a very long time to resolve, and aside from putting an unnecessary strain on everyone involved, not to mention the Courts, these findings demonstrate just how costly the advice can be.

“Bad, or incorrect, advice hinders rather than helps landlords and tenants who are often already in a desperate situation. It will inevitably damage landlords’ confidence in the local authority and tenants may be put at much greater risk of having nowhere to live.

“We hope that the new Homelessness Reduction Bill will achieve its aims of reducing homelessness by giving tenants the support they need while incentivising the good work that landlords already do in communities across the country.”