Why we need to let SME builders flourish

Andrew Jacobs wants to overcome the barriers to building for SME developers so that they can just get on with the job.

A huge focus for the government is its house building promise of one million new homes across the UK by 2020. The housing shortage, as a result of decades of failing to meet building targets, has contributed to a huge surge in property prices and a halving in home ownership amongst 25 year olds in the past twenty years.

The Federation of Master Builders and the Local Government Information Unit have called for under-resourced local authorities to be allowed to raise planning fees in order to boost the shortfall. Their report findings argue that the lack of planning resources is a barrier to SME builders and authorities developing smaller sites.

WHAT ARE THE BARRIERS FOR SME BUILDERS? 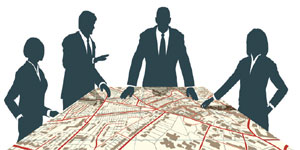 A commonly recognised issue is that large developers, supermarkets and local authorities are using a practice known as ‘land banking’ – essentially holding sites which they have purchased for development without commencing any building.

The current time limit on starting work is three years from obtaining planning consent. However, even within this time only a minimal amount of action is required to preserve the planning. This could be used as a device to restrict the supply of new homes to keep prices unnecessarily high.

Another challenge for smaller developers seeking to build in lower value areas is the obligation to pay significant amounts under Section 106 Agreements. Section 106 Agreements are where the council or planning authority grant permission with obligations on the developer, to make financial contributions towards local amenities such as schools or playgrounds. This is naturally a huge expense and can be a barrier to smaller builders developing in such areas.

Finally, following the Referendum in 2016, there will of course be an impact on developers from Brexit. At the time of writing there has not been a decision on the Article 50 Supreme Court appeal so the implications are mostly speculation at this point. There may be a reduction in the ability of SME developers to obtain project backed debt finance once the UK leaves the EU and they are also likely to be working to tighter margins due to the fall in the pound and access to foreign labour.

HOW CAN GOVERNMENT TACKLE THE BARRIERS?

A recurring theme in the debates around the housing shortage has been whether the government should permit building on protected land and this is particularly the case with the green belt. However there is usually strong opposition from local residents and a preference to use brownfield sites instead.

There may be an option for the government to tackle land banking by imposing time restrictions redefining what constitutes beginning development to ensure meaningful actions are undertaken sooner. For example, in many large cities across the UK the sites are often difficult and expensive to develop so it tends to be the larger developers who will purchase them and subsequently delay action. A suggestion to alleviate this problem is to introduce a Help to Build Scheme to aid access to land and development finance for SME developers – as recently recommended by the UK charity Shelter. This would allow smaller developers keen to produce homes as soon as possible the opportunity to do so.

To share the burden of Section 106 Agreements, the obligations could be made mandatory for all areas – both low and high value – and the investment subsequently assigned to the areas where it is required. For example, in London, high end developments in more expensive areas, such as Westminster, could have enforced Section 106 Agreements that could benefit low value boroughs, such as Haringey and Tower Hamlets. This would be greatly assisted by a more central planning system rather than individual planning authorities.

In order to encourage more building and have any chance of achieving the target of one million homes the government must address the issue of land banking and dedicate expenditure and resources to local authorities and in particular their planning departments to assist them in tackling these barriers.