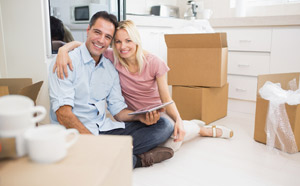 The decline in home ownership recorded over the past decade in England ground to a halt last year, the latest figures show.

The data from the 2014/15 English Housing Survey reveals that 5,000 more people were home owners than in the previous year – the first increase since 2005.

By contrast the number of people living in private rental accommodation dropped to 4.3 million, the first decline in 17 years.

But the short term trends shown in the latest English Housing Survey need to be treated with caution, given that the reported fall in private renting in 2014-15 follows a particularly large increase in the preceding year, according to Lucian Cook (left), head of Savills UK residential research.

“Behind the short term volatility, levels of private renting among under 35s are still up by over 1 million in the past decade,” he said.

Nevertheless, the Housing Minister Brandon Lewis (right) insists that the figures are still a clear sign that housing market conditions are improving.

He commented, “In 2010 there was a housing market where buyers couldn’t buy, builders couldn’t build and lenders couldn’t lend. Our efforts are turning that around with more than 270,000 families helped into home ownership through government backed schemes since 2010, while the number of new homes is up 25 per cent over the last year.

“We’ve set out the boldest ambition for housing in a generation, doubling the budget so we can help a million more people into home ownership, while delivering a bigger, and better private rental sector.”

The rise in the volume of home owners reflects the fact that many people recognise that they are often better off buying than renting with the gap more than doubling over the past five years, a separate study shows.

Fresh research by Lloyds Bank reveals that first-time buyers in the UK are on average £865, or 10 per cent per annum, better off with their own home compared to those who rent.

The South East of England is the only region where buying is more expensive than renting with average monthly buying costs at £965, some £65 higher than average monthly rental costs of £900.

By contrast, the data reveals that buying is most affordable compared to renting in cash terms in the North West, where the typical first-time buyer is paying £133 per month less than the average renter at £525 against £658.

“We’ve seen a significant shift over the past five years, with people consistently paying less on average per month when owning their property as opposed to renting. In 2015 this gap widened by over £100 to an annual saving of £865,” said Mike Songer, Mortgage Director at Lloyds Bank.

“This has been helped by record low mortgage rates and rising private rents, making owning a home a much more attractive proposition than renting,” he added.