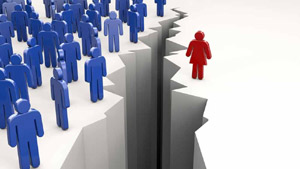 There can be no doubting the advances that women have made in recent years when it comes to professional development within the property sector, but when it comes pay, it is hard to get away from the fact that they earn less.

The largest and most comprehensive salary survey of 7,466 UK surveying professionals, conducted online between December 2015 and January 2016 by the RICS and Macdonald & Company, has revealed that women starting out in property are hardest hit by the gender pay gap.

Salaries of UK surveying professionals are now at their highest in nine years following an average year-on-year rise of 7.1 per cent in 2016, but the gender pay gap for new entrants now stands at an astonishing 28.7 per cent.

Overall, the gender pay gap continues with male property professionals earning £57,509 pa, which is £7,000 more than on average than female counterparts at £45,689. While this gap has closed slightly, from 27 per cent last year to 25.9 per cent in 2016, the discrepancy is evident across all age groups and is most acute for those aged between 18 and 22.

Those working in Greater London continue to earn, on average, the most at an average of £65,050 and command a premium of 20.8 per cent over the South East. The majority of the rest of the UK have indicated only a slight growth in average annual salaries, with the greatest growth seen in Scotland, up 2 per cent and the Midlands, up 1 per cent.

RICS Equalities Manager, Justine Wallis-Leggett, commented, “The fact that 64 per cent of respondents reported a rise in salary will offer cold comfort to the many women in the sector, especially those at entry level, who are once again confronted with a significant gender pay gap. The industry must urgently take action to create a more balanced workforce that attracts the best talent if it wants to remain competitive.

“We can achieve this by introducing inclusive working practices such as flexible working. These are key to employee engagement, and in an increasingly competitive market, employers cannot afford to create working environments that only serve the needs of a small majority of the workforce.” 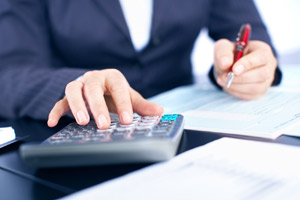 The research also revealed that the average salary increase awarded to respondents who moved employer in the last 12 months reached 16.2 per cent, while the average increase received by respondents under the age of 30 rose by 12 per cent.

There was a 79 per cent hike in bonuses awarded to entry level candidates this year and employees at this level are also most likely to move job – of those who indicated they are likely to look to change roles this year 35 per cent are relatively inexperienced, compared to 19 per cent last year.

If you are thinking of moving job, check out The Negotiator magazine’s job board – www.thenegotiatorjobs.co.uk – which is specifically aimed at estate and letting agents and the residential property market. It is the first and only dedicated job board of its kind serving UK agency and already has over 300 top residential agency jobs on it for you to browse.

Grant Leonard, Publisher at The Negotiator Jobs, said, “Being sector-focused, this is the site for quality jobs in agency and we’re delighted it has had such a warm welcome from the industry. It’s backed and promoted by the strongest brand in residential property media – The Negotiator – which has always been the traditional home for recruitment advertising in estate agency.” 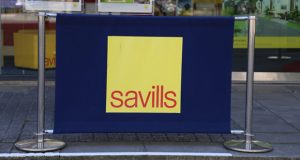