Final sell-off means Wilson and his wife Judith have sold off properties worth in excess of £250 million since deciding to retire.

Outspoken landlord Fergus Wilson is to sell the remaining 300 homes within his former 1,000-unit portfolio for £90 million to a housing association in Kent.

The 70-year-old landlord recently announced that he was to retire from the property sector and wanted to sell his remaining properties, which are in and around the towns of Maidstone and Ashford.

Wilson, together with his partner Judith, has spent the past 27 years building up his empire.

The couple have told a local newspaper that they were approached by 20 organisations and investors to buy the properties, but that they chose housing association Golding Homes because it has committed to keeping the current tenants.

“I shall be very sorry to see the houses go which my wife and I have built up over many years,” he said.

“I am not restricting my options but make it clear that a purchaser such as Golding Homes will keep the properties available to rent indefinitely whereas if the portfolio were sold to overseas buyers who knows whether the portfolio would be split up and sold on and current tenants evicted.”

The sale is the end game of a three-year plan by the Wilsons to sell their portfolio, which has been sold off in tranches, although this latest deal is believed to be the largest.

The final sell-off follows a BBC Panorama documentary featuring Fergus Wilson, during which it was claimed that ‘thousands’ of tenants were facing potential eviction if the Wilsons sold up to a asset-stripping investor and the portfolio was sold off on the open market.

Read all our stories about Fergus Wilson. 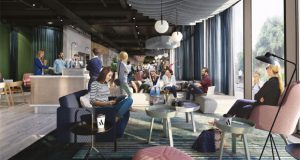 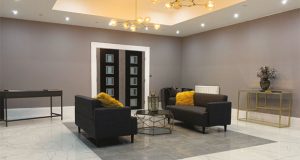