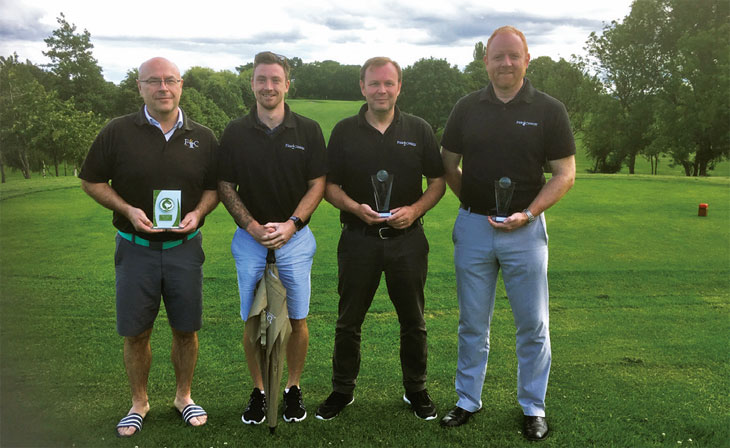 A group of 16 eager golfers arrived at Leamington & County Golf Club in Whitnash, Leamington Spa, enjoyed breakfast before teeing off in teams of four.

Players competed on the beautiful course for the coveted prizes: highest scorer, nearest the pin, longest drive and best team.

The winning four-ball team were awarded with a free round of golf, donated by Leamington & Country Golf Club. Congratulations Matt Boscott, Michael Rolfe, Chris Mobbs and Robert Jackson with a total of 86 points.

Griffiths and Mobbs organised the event to support The Fine & Country Foundation’s mission to end the causes of homelessness. £350 was donated to Banbury Young Homelessness Project and £375 to Helping Hands Community Project in Leamington Spa. Chris Mobbs, Fine & Country Banbury says, “These charities help people in difficult conditions when just a few things go off track in life, as they could for any of us.”