Sign in or Sign up
The essential site for residential agents
Home » Features » First Time Buyers come to the market!
previous next
Housing Market

Designs on Property tracks and summarises the property indices. Kate Faulkner says, “The current generation of FTBs are more savvy than those before, they see a depressed market as one which is good news for them, rather than one to stay away from.” 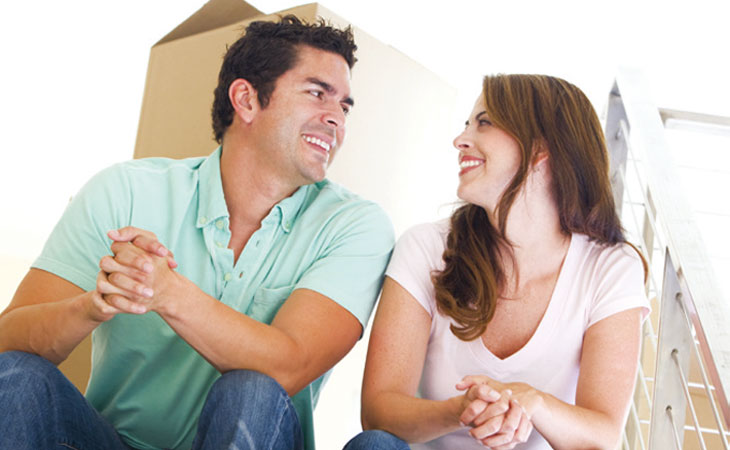 Average prices across the indices vary from mortgaged-only prices from the Nationwide HPI (Mar 19) of £213,102, through to marketing prices (ie not necessarily sold) from Rightmove of £302,002 and actual prices from LSL Acadata HPI of £302,435. Average sold prices from the UK HPI stand at £228,147. There is a 42% difference between the highest average price from LSL which include cash sales and the lowest from Nationwide which reflect mortgaged homes.

Kate says: Standing back from all the uncertainty in the news and looking at the property market indices this month, it’s a miracle the market is still performing so well. Despite some worries and wobbles from London and the South East and of course Aberdeen’s continued decline in both prices and rents, it’s good to see that Hometrack is reporting, “All cities recording positive house price growth up by 2.8% year on year.” And there seems to be more good news on the way with London prices turning positive (+0.4%) after a poor few years.

England and Scotland are seeing the lowest growth year on year, while Wales and Northern Ireland are showing much stronger growth according to Land Registry. Our chart shows though that Wales hasn’t seen much annual growth since 2005, with prices increasing at less than 2% on average – lower than inflation. And although NI is doing well year on year, overall prices have still been showing an average fall of 4% each year since the crash. The good news is though that this low growth is helping to improve affordability.

Scotland (18% vs 30% in 2008) is not far behind. Typical mortgage payments accounted for over a quarter (28.8%) of homeowners’ disposable income in 2018. This means mortgage affordability levels for home movers have improved significantly by 39% since 2008 (35%). “Of course for Londoners, life is tougher, London with its “average mortgage payments, as a proportion of disposable earnings rising by 18% (from 40% in 2008 to 47% today), is driven by house price increases.”

Kate says: Regionally, the North East property market is still way behind other regions, with price growth hardly registering and prices now 10% lower than they were in 2007, 12 years ago. In contrast, the Midlands and North appear to be doing well currently, but the reports are already suggesting this growth may be about to subside as they have picked up the “Largest supply increases observed in the West Midlands (+8%) and the East Midlands (+4%). However, stock levels in the South and East still appear to be high year on year, suggesting regional values will be suppressed for the near term.”

Home.co.uk: “London’s annualised losses edged back from 3.3% to 3.2% and remains at 6.9% since the start of the slide in May 2016. Asking price falls in the South East have also eased slightly (2.3% year-on-year) but worsened markedly in the East (2.7%) where the slowdown is really beginning to bite. In contrast to the regions undergoing price corrections (Greater London, the South East, the South West and East of England), northern and western regions still show positive growth. The leader is Wales with annualised growth of 5.8%, followed by the West Midlands with 4.9%. The North West and Yorkshire have also seen growth in their average asking prices, both by 3.4%, over the last twelve months but momentum is waning steadily in both these regions.”

RICS: “London and the South East continue to display the weakest sentiment regarding house price movements on a regional comparison, while feedback across the South West also remains subdued. Scotland and Northern Ireland are the only parts of the UK to have seen sustained price growth, on a consistent basis, over the past two months. Notwithstanding this, at the national level, 15% more respondents anticipate house prices will be higher in twelve months’ time, the strongest reading going back to August 2018. What’s more, prices are expected to return to growth across most areas over the coming twelve months, with Northern Ireland, Scotland and Wales leading the way in terms of projections. London and the South East are the only areas where contributors expect prices to continue falling over the year ahead.”

Nationwide: “Northern Ireland remained the strongest performing home nation in Q1, although annual price growth softened to 3.3%, from 5.8% last quarter. Scotland saw a slight pick up in annual price growth to 2.4%, while Wales saw a marked slowing in growth to 0.9% (from 4.0% last quarter). London was the weakest performing region in Q1, with prices 3.8% lower than the same period of 2018 – the fastest pace of decline since 2009 and the seventh consecutive quarter in which prices have declined in the capital. This trend is not entirely unexpected, however, as it follows several years of sustained outperformance which left affordability more stretched. Policy changes that have impacted the Buy to Let market in recent years are also likely to have exerted more of a drag in London, given that the private rental sector accounts for a larger proportion of the housing stock in the capital than elsewhere in the country. More widely, prices across the South of England (and to a lesser extent in the Midlands) are also well above pre-financial crisis peaks, while those in Northern England, Wales and Scotland are still close to 2007 levels. However, prices in Northern Ireland are still more than 35% below the all-time highs recorded in 2007.”

LSL Acadata HPI: “In England, the North West sees strong growth with average prices up 1.3% annually. This is supported by strong performance in Manchester, which set a new peak average price in the month and where values have increased 3.1% in the last year. The West Midlands also performs well, with growth of 1.7%, but in the East Midlands and Yorks & Humber regions growth is under 1.0%. The strongest performing region by far, however, remains Wales, where growth of 3.0% remains comfortably ahead of inflation. Its performance is strengthened by strong growth in the capital Cardiff, where prices are up 5.3% annually.”

Hometrack: “The latest UK cities house price index reveals that average prices increased +2.8% over the last year. Annual price inflation ranges between +6.8% in Leicester to +0.2% in Cambridge. This is the first time annual price growth has been positive across all 20 cities for 3.5 years (August 2015), primarily a result of growth finally turning positive in Aberdeen. The annual rate of growth in London has increased slightly to +0.4%.”

Kate says: This month Hometrack has produced a new chart showing average sales volumes and transactions and it shows a surprising resilience market wise since 2014, albeit on a local level, transactions are performing at completely different rates. Unusually, bad news spooks first time buyers, but with prices rising and falling quite regularly over the last 12 years, it’s clear this current generation of FTBs are more savvy than those before and see a depressed and dampened market as one which is good news for them, rather than one to stay away from. What’s helping with this is that although getting a deposit is tough for this generation, once you are on the ladder, the mortgage rates are so low, if you can get over the deposit hurdle – especially with the Help to Buy Scheme, this means living costs are pretty affordable compared to previous generations.

NAEA Propertymark: “In February, FTBs took advantage of reduced competition in the market. With demand falling, sales to the group increased, reaching a seven-month high of 30%. The last time FTBs experienced this rate of sales was in July 2018 when the summer lull had an impact on the number of house hunters coming to the market. The number of sales agreed remained at seven in February. Year-on-year this is a slight decrease; in February 2018 eight sales were agreed on average per branch.”

UK Finance: “25,100 new first-time buyer mortgages completed in January 2019, 4.6% more than in the same month in 2018. 25,300 homemover mortgages were completed, 2.8% more year-on-year. This suggests that the residential mortgage market has had a strong start to the year. There were 47,400 new homeowner remortgages completed in January 2019, 2.7% fewer than in the same month a year earlier.”

RICS: “The New Buyer Enquiries series returned a net balance of -27% in March, the eighth successive negative monthly reading (albeit slightly less downbeat than -40% previously). When disaggregated, demand reportedly fell to a greater or lesser degree across all parts of the UK. The recent decline in buyer appetite continues to weigh on agreed sales, with a net balance of -24% of respondents citing a fall at the headline level in the latest report. Alongside this, the average time taken for a residential property to sell, from listing to completion, remained unchanged at 19 weeks (the joint longest since this series was introduced in 2017). Looking ahead, near term sales expectations remained broadly stable compared to last month, as respondents envisage transaction volumes dwindling somewhat further through to July. Beyond then, there is a little more optimism, with sales still anticipated to rise over the coming twelve months, although expectations were trimmed slightly relative to the February results. The ongoing decline in new instructions being listed for sale has intensified of late. Indeed, the supply indicator has now become progressively weaker in each of the past four surveys, falling from a net balance of -20% in December, to -30% currently. As a result, despite the softening in sales activity, average stock levels on estate agents’ books remain unchanged at 42 properties per branch. That said, stock levels are currently a little higher in London and the South East when compared with twelve months ago.”

NAEA Propertymark: “The number of house hunters registered per estate agent branch fell by 15% in February, from 297 in January, to 252. This is the lo Designs on Property west figure since July 2013, when agents recorded 250 prospective buyers on average per branch. Looking at a year-on-year comparison, demand for housing has fallen by a fifth (18%) from 309 in February 2018, more than two fifths (41%) from 2017 and 46% from 2016 when there were 463 house hunters per branch.”