First-time buyers make up nearly half of all mortgages 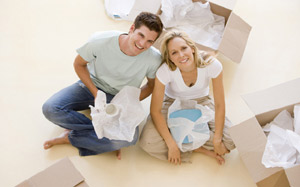 First-time buyers in this country now account for almost half of all homes purchased with a mortgage, a rise of 38 per cent since 2011, owed in part to a surge in first-time buyer mortgage deals, new research shows.

The study from the Halifax revealed that first-time buyers make up 47 per cent of all mortgage-aided acquisitions, while the deposit that they have to pay has increased by 6 per cent over the past 12 months to an average of £29,894, reflecting a general rise in property prices over the past year. The average first-time deposit is now 82 per cent or £13,494 higher than in 2007.

Craig McKinlay (left), Halifax Mortgages Director, said, “There was a modest decline in the number of first time buyers in the first half of the year following the substantial increases recorded in 2013 and 2014. This fall has been in line with the general softening in market activity.

“However, there are now signs of a pick-up in mortgage activity as the economy continues to recover and mortgage interest rates remain at very low levels. These factors could boost the number of first-time buyers during the second half of the year.”
The number of first-time buyer mortgage products now available has soared to its highest level since 2007, with the number of 90 per cent and 95 per cent loan-to-value (LTV) mortgages now totalling 723 products.

“This marks a 73 per cent increase on five years ago, when buyers with small deposits only had the choice of 194 products,” said Charlotte Nelson (right), Finance Expert at Moneyfacts.co.uk.

She added, “Surprisingly, Help-to-Buy doesn’t account for all of these new products, but with the number of deals totalling 437 before the scheme was launched, it is clear that H2B acted as a catalyst for banks and building societies to get in on the act.”
With mortgage competition fierce, the average rates for 95 per cent LTV deals have dropped to the lowest on record, with the average two-year fixed rate now standing at 4.47 per cent.

“The boost in numbers and the lower rates suggest that lenders are finally recognising the importance of first-time buyers, who have often been considered the life-blood of the housing market,” Nelson added.