First-time buyers return to the market 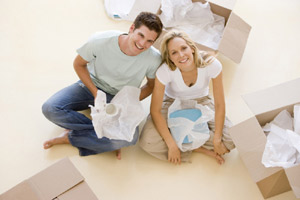 Almost a third of all residential property sales in February were made to first time buyers, suggesting that market conditions are improving for first-time buyers, according to a new report.

The findings, by the National Association of Estate Agents (NAEA), revealed that its member agents found that 30 per cent of homes were sold to first-time buyers, the highest figure since September last year – and since records began six years ago.

It is clear from the findings in the report that things are starting to ease for first-time buyers, and Mark Hayward (left), Managing Director at the NAEA, believes that this could be down to reduced property prices or more accessible funding, especially following December’s stamp duty reforms.

“We will all be waiting with bated breath to see if the first time buyer figures increase following the new Help to Buy ISA, and whether we see real momentum in the market,” he said. “It still remains notoriously hard to get cut-through in the property market, especially for first time buyers, so any green shoots are encouraging.”

The findings in February show that demand for property rose, with 366 house hunter’s registered per NAEA member branch, up from 353 in January. With supply marginally down from 44 properties per branch last month, to 43 this month, there is still a significantly higher demand than supply of housing, a problem that is unlikely to be solved anytime soon, according to Hayward.

He continued, “Demand is still vastly outweighing supply in this country, so it is clear something needs to be done to aid this growing problem. It will be interesting to see the outcome of this year’s General Election, but whoever wins it is vital that building more affordable homes is top of their agenda.”

Looking ahead to the General Election, almost half – 46 per cent – of NAEA member agents have seen the market cooling in the lead up to the poll, with just over a quarter of agents thinking the General Election will have the biggest impact on the housing market this year.