Sign in or Sign up
The essential site for residential agents
Home » Resources » Redress » When is a flat not a flat? When it’s afloat…”

When is a flat not a flat? When it’s afloat…”

This case concerned a dispute referred to The Property Ombudsman (TPO) from a potential buyer concerned about the marketing of a houseboat. In particular, the buyer, following the seller’s rejection of his offer (which was considerably lower than the seller’s desired selling price), alleged that sales particulars described the boat inaccurately and were, therefore misleading. 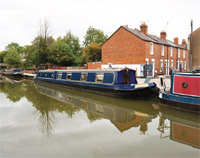 When marketing any property (including a boat), the Ombudsman advised that the agent had an obligation to comply with the Consumer Protection from Unfair Trading Regulations 2008 (CPRs). The CPRs require an estate agent to disclose any material information of which they are aware in relation to a property in a clear, intelligible and timely fashion. Material information is defined as that which the average consumer needs in order to make an informed transactional decision. The Code reinforces these obligations under Paragraphs 7i and 7k, and Paragraph 1d requires that an agent provide a service consistent with fairness, integrity and best practice.

Following a viewing it was reasonable to conclude that the property’s more nautical characteristics would have become apparent to the buyer.

The purchase of a boat through an estate agent is obviously less common than standard transactions and therefore it was important that all information provided to potential buyers was accurate so that they had all relevant facts in order to determine whether or not to proceed to make an offer to purchase.

Having considered the evidence presented, it was clear to the Ombudsman that the agent had fully met their obligations under Paragraph 7i of the Code. The Ombudsman was however critical of the lack of clarity of information within the sales particulars which described the houseboat as a one bedroom, leasehold flat. That said, it was accepted that limitations within the agent’s software were the cause of the inaccurate description of the boat on their website.

Whilst it was concluded that there were shortcomings in the service, measured against the Code, the Ombudsman will only make an award of compensation if an agent’s actions (or inactions) have caused a complainant inconvenience, aggravation or financial loss. The Ombudsman is not a regulator of the property industry or a consumer guardian and cannot propose sanctions in relation to matters which had no direct impact on a complainant during the transaction.

The Ombudsman was not persuaded that the description of the property within the sales particulars had a transactional impact on the complainant in his role as a potential buyer. Whilst it was accepted that the inaccurate information within the sales particulars may have influenced the buyer’s decision to view (as there had been no other information making it clear that it was a boat), the complainant had a responsibility (as any consumer does) to ensure that the property he was buying suited his needs, and in this case, it was clear that he did so before he made an offer. The offer was made following a viewing at which point it was reasonable to conclude that the property’s more nautical characteristics would have become apparent. Ultimately, the buyer’s offer was rejected by the seller, and he did not incur any transactional costs.

It was therefore concluded that the buyer hadn’t suffered any lasting aggravation, disadvantage or financial loss as a result of the description of the property within the sales particulars. This complaint was supported to the extent of criticising the agent for the inaccurate description, but no award of compensation was made for this part of the complaint.

However, a complaint had also been made about the way in which the agent dealt with the complaint. The buyer had emailed the agent on three occasions, to request a copy of their in-house complaint procedure. The agent ignored all requests, later explaining to this office that as they felt there was no justifiable complaint, they considered they had no obligation to deal with the matter. All letters sent by the buyer detailing his complaint were also ignored.

The agent had failed to deal with the complaint in accordance with the requirements of the TPO Code and hence this complaint was supported, and a compensatory award of £100 made to reflect the aggravation and inconvenience caused for the shortcomings identified.

The continual message to agents is that, irrespective as to whether the complaint is seen to be frivolous, any complaint needs to be treated seriously and in accordance with the obligations within the TPO Code. The Ombudsman is clear that there is no issue with an agent disputing the complaint made, however a complaint will be supported if an agent has ignored the matter. Occasionally agents do have concerns, legitimate or otherwise, with a complainant’s relentless pursuit of a matter and in such cases the Ombudsman expects to see a prompt referral to this office with an explanation, if necessary, that it is not felt appropriate or conducive to enter into dialogue on the matter.

Parking spaces – where to draw the line 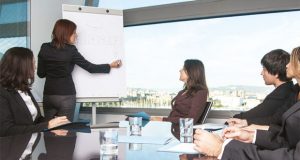