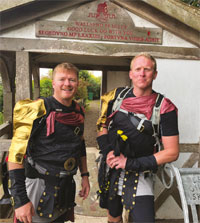 The route took them from Bowness-on-Solway on the west coast, along Hadrian’s Wall, which included the crags, finishing at Wallsend on the east coast of England. Considering that Hadrian’s Wall was built to guard the wild northwest frontier of the Roman Empire, the two men decided it was fitting to take on the challenge dressed as Roman centurions. They also carried everything they needed on their backs.

On the second day, they ascended 4,532 feet – higher than the UK’S tallest mountain, Ben Nevis. “We didn’t know if we would be able to complete the task in our target time. We knew that we would need to maintain a pace of 5km per hour to hit the designated checkpoints to stay on track. We started strongly but that pace slipped as we approached the finishing line on the last day. It was gruelling, neither of us had covered that distance before. Clint’s feet were really bad – horrific blisters and lost toenails. However, we were spurred on by the fact that our challenges were minimal compared to what thousands of homeless people in the UK endure,” says Jon. “We pushed on to complete the journey in 2 days, 12 hours and 27 minutes”.

The total raised so far is over £1,800 – including £200 from using the new Facebook Fundraiser tool. This will help their local homeless charity Helping Hands. With the money raised so far, the charity has purchased a soup bus, opened a drop-in centre and created a support network to help people off the street. 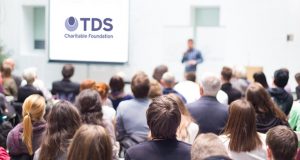 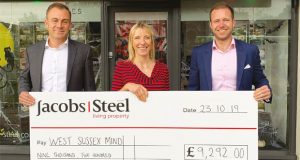 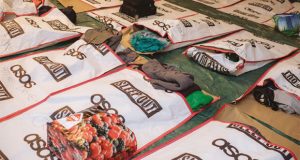