Sign in or Sign up
The essential site for residential agents
Home » Features » FTB or not to be?
previous next
Housing Market

FTB or not to be?

Fritz Graves asks the question, where is the first time buyer? 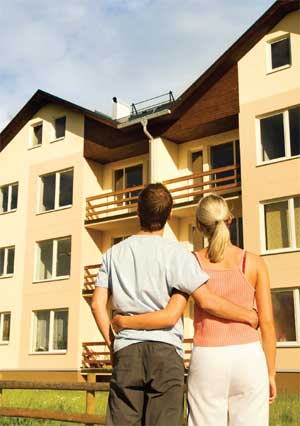 Working in the current property market can be a complex business as predictions for the future of the housing market vary widely from week to week. Numerous articles containing a range of facts and figures are released every day from all manner of sources commenting on the state of the market. For example, the National Institute of Economic and Social Research (NIESR) predicts that house prices will fall 10.5 per cent in real terms over the next five years, whilst the Centre for Economics and Business Research (ECBR) predicts that prices will rise by 15 per cent due to an increasing shortage of housing.

Everybody needs somewhere to live. We are forever being told the pros and cons of buying or renting, how much house prices have risen or fallen and where we can procure the best mortgage to join the more and more exclusive club of home ownership. Conflicting advice and predictions aside, one factor that is certain is the dismal situation of the first time buyer.

At the end of 2011, the first time buyers’ share of the housing market fell to a three year low of 16 per cent, and despite government measures which include home ownership schemes and a proposal to increase right to buy discounts for council tenants, the future looks increasingly grim for those trying to get onto the property ladder. However, if the housing market is to recover over the next few years, it needs to re-introduce the stimulus of first time buyers entering the system.

Without them, the housing ladder becomes top heavy – And creates an issue for everybody else on it.

THE STATE OF THE NATION

The recent publication of the National Housing Federation’s report into the state of the UK housing market highlighted a number of issues that will further affect the first time buyer.

The report estimates that rents will rise by an additional 20 per cent over the next five years, which may act as an incentive to invest in purchasing a property as rental prices become increasingly expensive.

Levels of home ownership in the UK are predicted to fall to 63 per cent over the next decade, primarily declining amongst younger generations. Levels of house building are at their lowest since the 1920s, with only 105,000 new homes built last year.

It’s impossible to find a solution without knowing the cause – so why aren’t more young people buying? Some people point to a shortage of suitable mortgages, but the reality is that there are still plenty of reasonable mortgages on the market. In fact, in December of last year (2011) the Council for Mortgage Lenders stated that mortgage payments for first time buyers are at the most affordable level for nearly eight years. This is hardly surprising given the fact that the Bank of England has held interests rates at the historic low of 0.5 per cent since March 2009.

However, access to an affordable mortgage is only half the issue as many first time buyers find themselves unable to afford the large deposit required. Yet, whilst it’s true that the best interest rates are kept for those with large deposits of 25 per cent plus, some lenders are offering attractive schemes for first timers. At the end of 2011 Leeds Building Society joined two other lenders, Saffron Building Society and Skipton Building Society in offering 95 per cent mortgages. All three products come with less than six per cent interest rates; historically low compared to the last few decades. Similarly, some initiatives such as the FirstBuy scheme, announced in the last Budget, have been launched with the aim of helping potential first time buyers scrape together the necessary deposit. 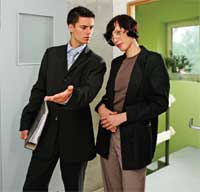 The reasons why the younger generation isn’t taking the plunge into home ownership involve an amalgamation of these various mortgage issues, combined with the state of the economy – or more specifically, a lack of confidence in the economy. Buying a home is a huge financial commitment and it is incredibly daunting to take such a risk when people are unsure of their jobs and believe houses prices could be due a correction. The average house price is now approximately 4.4 times the average national wage. This multiple, when set against the historical long term average of 3.4 times the average wage, implies that a 23 per cent house price drop could be necessary just to get back to the long term average.

The consensus on the best case scenario for the 2012 housing market from various estate agents, building societies and banks is that house prices will rise by up to five per cent, which equates to approximately zero per cent growth in real terms when inflation is taken into account. The worst case scenario is a complete correction back to the long-term average with a 20 per cent reduction in house prices. With a few extra per cent for inflation, this totals a 25 per cent correction in real terms. However you divide these two extremes, it is difficult to justify ‘gambling’ with the largest wager you’ll ever likely make. Many first time buyers will wait to see how the EU fairs, or how the impending planning legislation changes go down before deciding whether to enter the housing market.

THE LAW OF SUPPLY AND DEMAND

Arguments about supply and demand have pervaded the housing debate over the last decade. As many young people cite high house prices as the main reason for their reluctance or inability to enter the housing market, more affordable new housing needs to be built. The dilemma for policy makers is how to break the cycle of high prices (caused in part by restricted supply) which then causes reduced demand – and unwillingness on the part of the construction industry to build. Over the last decade, an average of 184,000 homes has been built per annum compared with a projected 99,000 in 2011. Understandably, developers won’t build if they believe that demand isn’t there, and many are trying their best to manage their supply correctly.

Everybody needs some assurance that the world isn’t going to come crashing down around them.’

Inherent in the planning process is the need to make land available for new homes and jobs, at the right quantum, in the right place and at the right time. In order to achieve this, there is an  intrinsic need to manage land through planning policies which make the best use of existing brownfield land, making further greenfield allocations as necessary and appropriate. Unfortunately, it’s evident that the Local Development Framework introduced in 2005 is not working, so dealing with the very front end of land supply is paramount to helping resolve the housing shortage.

Without the platform of consented land in the right place and at the right time, then the housing providers cannot deliver, especially when coupled with lending and mortgage funding restrictions.

The private house builder sector alone cannot meet the housing needs of our growing population. In addition, the demise of a public sector house building programme and the reduction in funding from the Housing Corporation to registered social landlords is exacerbating the problem for first time buyers.

The continued preoccupation with securing affordable housing through private sector housing schemes is squeezing the potential supply from both ends, when in effect there are two very distinct markets which need to be addressed through land supply and housing need. For example, it is pointless local authorities identifying an affordable housing need in their local development frameworks of 5,000 dwellings but only making land allocations for a residual of 3,000 new homes – and then trying to secure a 40 per cent affordable housing provision through these allocations. This would, in this example, only yield 1,200 affordable homes, 3,800 less than the identified need. This is a fairly common practice and will never resolve the housing needs of our population.

To go at least some way towards resolving the issue, the different housing need sectors should be addressed in terms of land requirements and providers. Building more family homes will free up the lower end of the privately owned sector; whilst provision needs to be made for the growing private landlord sector. Furthermore, combining and coordinating resources for the social rented sector would help to effect a proper building programme – similar to that which once existed within the public sector.

Ultimately everybody – and that specifically includes first time buyers – needs some reassurance that the world isn’t going to come crashing down around them. Housing Minister Grant Shapps has made clear his aim to “get Britain building again” with the recent announcement of an investment of £4.5bn in the Affordable Homes Programme which aims to deliver around 170,000 homes by 2015. However, what the planning process can and should provide is certainty for investment through positive and effective land use management. Whilst there are some doubts as to whether the current process will and can deliver, it is to be hoped that the measures that the Government is introducing will go some way to addressing these issues and help people to place the first foot on the property ladder.

Fritz Graves is Head of Planning for Andrew Granger
www.andrewgranger.co.uk