More than 200 staff from Sequence and Connells residential estate agencies were treated to a four-day stay in a five-star hotel. 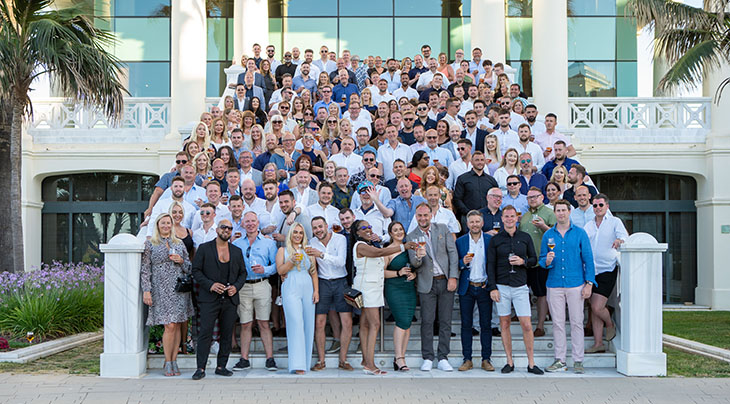 More than 200 of top achievers from its Connells and Sequence agencies were recently rewarded with an all-expenses paid trip to Valencia.

The company said the annual event was designed to “recognise those individuals who have demonstrated continued excellence in their role and generated outstanding results”. Previous annual trip destinations have included New York, Dubai and Barcelona.

As well as a three-night stay in a five-star hotel and champagne reception, the staff from Connells subsidiary Sequence and its wider Connells residential estate agency network enjoyed activities including golf, watersports and a jeep experience.

Connells said it would include staff from Countrywide in next year’s top achiever trip, after the takeover in May 2021.

David Plumtree, Connells Group Estate Agency Chief Executive, said: “Our annual Top Achievers trips are always incredible, however being our first one in three years, this trip felt that much more special.

“It was amazing to see so many new and familiar faces, and to show our appreciation following our record-breaking year for the Group in 2021. Those who attended these events qualified due to their consistent, outstanding performances which have helped us to achieve these excellent results,” he said.

Connells became the largest estate agency group when it acquired Countrywide, rocketing its number of high street branches to over 1,200. The combined company boasted 7% of all offices in the industry, and the number of staff ballooned to 16,000 after the deal was sealed.

Earlier this year, the firm announced it has a 10% market share and a turnover of £1 billion.