Sign in or Sign up
The essential site for residential agents
Home » Features » Gender specific marketing? We’re talking more than just pink or blue
previous next

Ian Laverty says that we need to understand the difference between the sexes. 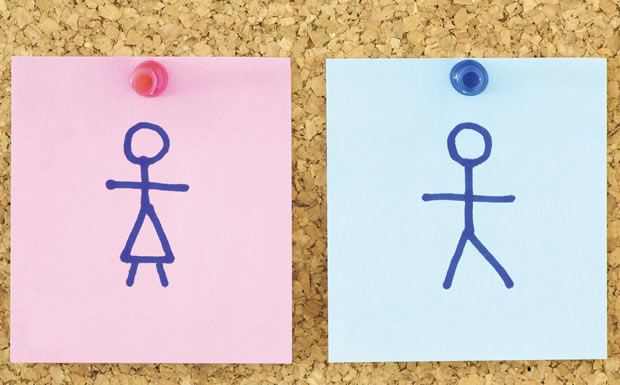 Great, I say. Great because that means that we’re thinking about it and we are, therefore, more likely to execute it with the thought, care and precision that it requires to ensure that we’re not making sweeping generalisations.
Let’s start with understanding what gender-targeted marketing is and more importantly, what it isn’t. It’s not using gender stereotypes, although some of the facts do back up certain stereotypes – more on that later.

“a widely held but fixed and oversimplified image or idea of a particular type of person or thing.”

“a particular sector of a population.”

As an industry sector we are very good at targeting specific demographics with specific messages. In the last fortnight I’ve seen property agents marketing to the following groups of people:

We can, with some accuracy even draw a straw man or typical profile of who these buyers are likely to be and then tailor our marketing activity accordingly. Gender targeted marketing is exactly the same.

There are some great examples of gender-targeted marketing that we’re all familiar with too. ‘Here come the Girls’ (Boots), ‘It’s not for girls’ (Yorkie), ‘Diet Coke Break’ and ‘Fosters Gold’ have all had major success with gender targeted marketing campaigns. So successful were the Diet Coke adverts at creating a soft drink that appealed to the female genderthat Coca Cola had to develop a whole new product for the men – Coke Zero (or ‘Bloke Coke’ as it is often referred to).

So, if it works, how do we do it? We need to adhere to the golden rules of marketing. Base all of your activity on research. Avoid the pitfalls of stereotyping. For example, girls like pink and boys like blue, right? Well no, but yes… sort of…

Research from Newcastle University in 2008 showed that boys do prefer blue, but they have a particular preference for a green/blue shade rather than, say, sky blue. That is not to say that every boy prefers blue – just that a higher proportion of the boys prefer blue to any other colour. Girls on the other hand… well, their favourite colour is… blue. Not just any blue however, but a blue with a shading towards pink (think a leaning towards magenta or purple shades). A shade of blue nevertheless. There’s a lot of evidence to show that this is as much nurture as it is nature and is to do with our cultural upbringing. I have a six month old daughter – you can choose any colour of cardigan or dress you want as long as it’s pink, yellow or white for a baby girl! In other cultures where pink and blue aren’t used extensively the two genders show preferences for other colours.

Colour is only the start. Men and women behave and interact with our marketing activity in different ways too. We respond in different ways, at different times and to different stimuli. For example, men are more likely to respond to email marketing in the early part of the day, particularly between 6am and 9am. Women are more likely to interact with email marketing from mid-morning through to lunchtime and then again in the early evening. If you are able to segregate your marketing database and analyse open and click-through rates you’ll be able to observe this phenomenon yourself. Men show better response rates to follow-up emails and marketing emails on a Monday morning than any other day. The reason? Men tend to do more online research and information gathering over the weekend before taking an action on a Monday. This may be particularly useful for following up efforts to win instructions, for example.

When targeting men with marketing communication there is a lot of research to suggest that men find understanding how something works is more important than other factors. Women on the other hand are more interested in knowing how well it works. That’s not to say that each gender isn’t interested in the other factors. They ust aren’t so great an influence on them.

Women are more engaged in emotional descriptions. Anyone who has read John Gray’s Men are from Mars, Women are from Venus will have come across this before. Emotive describing words such as ‘smile’ and ‘touch’ motivate women more than men. This, as with many of our differences, is due to the neurological structural differences between men and women. Women have more connections between the left and right hemisphere of the brain than men which and it is thought that this gives a greater propensity to link emotion to the thought processes.

Some of the research on motivating factors in a house purchase decision is very interesting and, to some, possibly quite surprising. A ‘great view’ or words to that effect are often used to describe a property. Men are more likely to find that appealing than women (44 per cent vs 33 per cent) according to research*. Luxurious bathroom? 28 per cent Men vs 23 percent of women find this appealing as a description. Guest bedrooms? 70 per cent Men vs 63 per cent women. Women see space and security as much more important. 60 per cent of women won’t consider properties with small bedrooms (it’s 49 per cent for men). Men are statistically more likely to be motivated by a large garden. Women are more likely to be motivated by a secure garden. Bedrooms and garden are great illustrations of this. Men want to know that a property has a feature – it’s about the status. Women want to know that the feature is fit for purpose – especially for the family if that’s appropriate.

What about pictures? Men are far more likely to be put off a property if the furniture, décor or garden looks unkempt. Women can see potential and visualise personalising it their own taste. Men can see the potential DIY ‘project.’ Again, the gender stereotyping debate surfaces. Thankfully we’re talking about research statistics and majority behaviour. There will always be plenty of exceptions but marketing is often a percentage game.

In fact, the only social media that shows a greater percentage of men with accounts than women, and a greater interaction and response rate from men is Linkedin.

Gender specific marketing activity can be hugely beneficial if executed properly. We know from research, for example, that women are the decision makers in many household decisions – including where to live. A 2012 Econsultancy survey showed that women make around 98 per cent of the home furnishing decisions in a household (I’m not normally the one in our house to suggest a trip to IKEA – I’m one of those who see the DIY project ahead!). Women make 91 per cent of final house purchase decisions in a male/female partnership. That’s not to say that it’s a sole decision, far from. It’s a joint process with much consideration and discussion no doubt, but the female partner more often than not makes the final decision.

Understanding that men and women are legitimate demographics worth targeting in their own right is important for your marketing activity. We respond to different things. We interact and respond to marketing communications at different times in the day. We network and interact on social media in different ways. We are motivated to make buying decisions by different features and factors. Try different messages based on your target audience and evaluate the difference it makes. Learn to understand the different motivators for men and women and use them in your sales and marketing efforts to enhance the results of your activity.

If you can be specific with the targeting element of your marketing, don’t be generic with your communication.