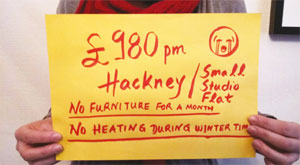 Campaigning group Generation Rent is worried that Theresa May’s manifesto promise of a letting fees ban is likely to be ‘kicked into the long grass’ by the hung parliament and the pressures of Brexit negotiations.

The Government’s consultation on the ban closed on 2nd June.

Generation Rent believes that, despite all-party support, the legislation is likely to “fall down the political agenda”.

It also says renters were a key reason for the Conservative’s poor performance in the General Election.

It has looked at the results and concluded that 20 of the 32 seats that the Government lost were areas with a high proportion of voters who are tenants.

“The new government will have to listen to renters so, Generation Rent will hold them to their manifesto promises, and push them further to get a better deal.” says Generation Rent.