Getting the message across

Following his Annual Report, PROPERTYdrum caught up with Christopher Hamer, the Property Ombudsman, to find out how it had been received.

Q Your Annual Report for 2011 had a new look but contained a familiar message, was this intentional?

Previous reports contained a lot of information but did not always promote the messages I wanted to publicise in the media. I also felt that reports could have been better used to serve the industry by commenting on the main issues TPO encountered during the year.

With that in mind, we kept the same level of information in the 2011 report but made it more accessible. The Case Studies included a ‘learning’ element to enable firms to better understand what constitutes best practice and, for the industry as a whole, statistics were presented in a much clearer format to enable these to be digested with the main messages of the report.

The main message was that lettings complaints saw a sharp increase in 2011 and that letting agents should be subjected to some form of regulation, even if it was only a simple redefinition within the Estate Agents Act 1979 which would oblige them to join a redress scheme alongside their residential sales colleagues. Given that the media picked up on that message, I consider the report achieved what we intended.

Q What did you intend the report to achieve?

I wanted to use the report as a new starting point to reinforce the letting agent regulation message and to promote a healthy discussion within the industry about different forms of coherent self-regulation and, preferably, persuade the Government to acknowledge the increasing problems being experienced by tenants, landlords and letting agents themselves.

I am not alone in trying to achieve this; Ian Potter appeared on the BBC to talk about my Annual Report and reiterated ARLA’s similar view on the matter; RICS’s David Dalby issued a press release a week later calling on the Government to amend the 1979 Estate Agents Act; SAFEagent publicly backed the Report’s messages concerning client money protection.

Given that there is such a united feeling within the industry about change to the Private Rented Sector (PRS), I am still amazed that the Government appears to be ignoring these consistent and regular industry calls.

Q Why do you think that the Government is taking this position?

The Coalition has made it clear it is not prepared to introduce comprehensive regulation in any sector. It cited the costs imposed on industry and an anti competition stance arising if regulation meant barriers to firms entering the market. I guess they see regulation of the PRS as a long and costly process. However, this does not explain why they are ignoring calls to amend the 1979 Estate Agents Act to include letting agents. This would be neither a long nor costly process, with the result of bringing all letting agents within the scope of a redress scheme and providing consumers with an alternative to expensive legal action should problems arise, with the added benefit of easing the workload of the Courts. It really is such a simple and effective starting point which could make a positive and widespread impact on the PRS.

Q Given the extremely difficult conditions that all agents faced in 2011, were you surprised that TPO membership levels grew by 6.7%?

The economic conditions in 2011 led many agents to cut costs and, in some cases, leave the industry altogether. That said, I was happy to see 183 new sales and 850 new lettings offices joining TPO during 2011. Clearly this shows the industry’s continuing appetite to improve standards by voluntarily following TPO’s Codes of Practice. The benefits of joining TPO should not be underestimated. For agents, TPO provides them with a facility that refers disputes to a third party if their in-house complaints process is unable to resolve matters. Many firms have experienced the drain on resources caused by protracted and unresolved disputes. TPO provides the means to save some of those resources when complaints occur. More agents now understand the benefits, hence membership levels have increased even in such difficult economic conditions.

Q What do you have planned for the remainder of 2012?

I will continue to pressure the Government to make changes to the PRS as well as talking to industry leaders to find common ground. I will be appearing at a number of industry events, not least the PROPERTYdrum Conference on 1 May, where I will join a panel discussion about the public perception of estate and letting agents, standards and regulation. 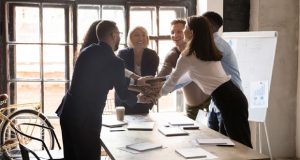 A piece of the action 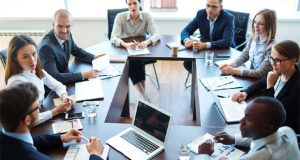 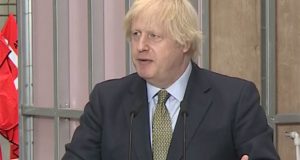