The RICS has published its latest (December) UK Residential Market Survey, which shows that the market is still on hold due to political uncertainty, lack of stock and affordability. 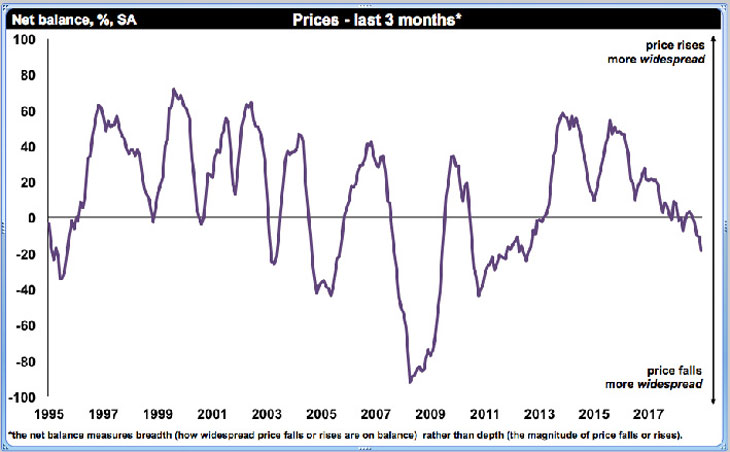 The RICS has published its latest (December) UK Residential Market Survey, which shows that the market is still on hold due to political uncertainty, lack of stock and affordability.

The UK housing market ended 2018 on a weak note with uncertainty still biting, alongside continuing lack of stock and affordability issues.

The twelve month outlook is a little more upbeat, suggesting that some of the near term pessimism is linked to the lack of clarity around what form of departure the UK will make from the EU in March.

In terms of prices, the headline indicator slipped slightly deeper into negative territory during December, falling to -19% from -11% in November – the fourth consecutive negative reading.

The 12 month outlook for prices remains broadly flat except in London and the South East, prices are anticipated to either rise or hold steady across the other UK regions over this time horizon.

Simon Rubinsohn, RICS Chief Economist, said, “It is hardly a surprise with ongoing uncertainty about the path to Brexit dominating the news agenda, that even allowing for the normal patterns around the Christmas holidays, buyer interest in purchasing property in December was subdued. This is also very clearly reflected in a worsening trend in near term sales expectations. Looking a little further out, there is some comfort provided by the suggestion that transactions nationally should stabilise as some of the fog lifts, but that moment feels a way off for many respondents to the survey.”